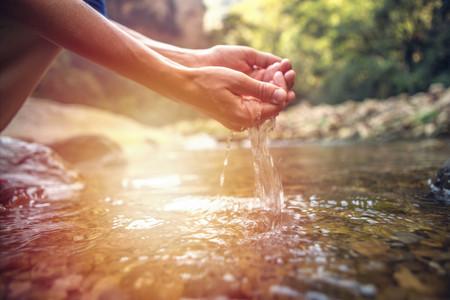 The objective of the compliance procedure is to facilitate, promote and aim to secure compliance with the obligations under the Protocol, with a view to preventing disputes.

Functions of the Committee

The Committee has the following functions:

The Committee may examine compliance issues and make recommendations or take measures if and as appropriate.

The first reporting exercise under the Protocol conducted in 2009-2010 showed that a number of Parties were facing difficulties in implementing the Protocol, in particular with its core obligation to set targets and target dates. To respond to this situation, the Compliance Committee decided to enhance its facilitation and assistance functions, and agreed to enter into consultations with Parties. See the Terms of Reference of the Consultation Process for more information.

In the framework of the Consultation Process, the Committee:

Consultations do not have an inquisitive nature and may be initiated by a request from a Party or an invitation from the Committee. Sessions can be held in confidence, if so requested. The following persons serve on the Committee in a personal capacity following the fifth session of the Meeting of the Parties held in November 2019:

Mr. Jorge E. Viñuales holds the Harold Samuel Chair of Law and Environmental Policy at the University of Cambridge and is the Director of the Cambridge Centre for Environment, Energy and Natural Resource Governance (C-EENRG). He is also Of Counsel with LALIVE. Prior to joining Cambridge, he was the Pictet Chair of International Environmental Law at the Graduate Institute, Geneva, where he keeps a limited affiliation as Adjunct Professor of Public International Law. In 2016, he was elected Director-General of the Latin-American Society of International Law. Mr. Viñuales has also wide experience as a practitioner. He has worked on many cases under ICSID, UNCITRAL, ICC or LCIA rules, including several high profile inter-State, investor-State, and commercial disputes, and he regularly advises companies, governments, international organizations or major NGOs on different matters of environmental law, investment law, human rights, maritime delimitation and public international law at large.

Ms. Zsuzsanna Kocsis-Kupper is the team member of Priority Area Water Quality of the European Union Strategy for the Danube Region (EUSDR). Ms Kocsis-Kupper further acts as an external monitoring consultant and regional coordinator of the European Commission’s external monitoring team for LIFE projects in the Central- Eastern European countries since 2004. Ms. Kocsis-Kupper was the legal advisor of the government in the Hungarian Prime Minister’s Office between 2000 and 2002, coordinating the government’s legal activities concerning the Tisza-Szamos cyanide pollution. She was the alternate Hungarian delegate to the European Commission's Task Force. Between 1997 and 2000 she worked in the Ministry of Environment as legal expert and was a member of the delegation of the Hungarian Government at the Accession Screening Negotiations. Ms. Kocsis-Kupper gave lectures on environmental law and international environmental law in Eötvös Loránd University Law Faculty for postgraduate students between 2001 and 2013. She is the Doctor of Law (Eötvös Loránd University, Budapest). Her main area of expertise is European and international environmental law and management, focusing on water quality issues. Ms. Kocsis-Kupper further holds a master’s degree on European environmental management awarded by the University of Amsterdam and an LLM on environmental law.

Ms. Ingrid Chorus is the Head of Division Drinking-Water and Swimming-Pool Hygiene of the Federal Environmental Agency of Germany. Ms. Chorus is leading a department which undertakes research and uses the results to develop concepts for managing drinking-water and swimming pools to control microbial and chemical pollution, to advise policy development and to derive guidance for practitioners. She holds a degree in Biology of the Free University, Berlin. Ms. Chorus is a member of various scientific societies. Her research fields include risk-based approaches to managing drinking-water and water used for recreation; resource management and lake restoration; cyanobacterial toxins; algal metabolites; elimination of pathogens and substances through underground filtration.

Ms. de Albuquerque (b. 1970) has been SWA’s Executive Chair since 2015 and was appointed SWA’s first Chief Executive Officer in September 2018 after an update of the partnership’s governance structure. Her priorities include advocating for a pivotal role for SWA within the SDGs, political prioritization of WASH at a global high-level, helping build consensus between partners and establishing strategic partnerships with other initiatives.

Previously, she was the first UN Special Rapporteur on the right to safe drinking water and sanitation. Between 2004 and 2008 she presided over the negotiations of the Optional Protocol to the International Covenant on Economic, Social and Cultural Rights, which the UN General Assembly approved by consensus on 10 December 2008.

Ms. de Albuquerque is an invited Professor at the Law Faculties of the Universities of Braga and Coimbra (Portugal) and a Senior Legal Adviser at the Office for Documentation and Comparative Law, an independent institution under the Portuguese Prosecutor General’s Office. She was awarded the Human Rights Golden Medal by the Portuguese Parliament (10 December 2009)
for outstanding work in the area of human rights. Her work in human rights was also honoured by the Portuguese President of the Republic (October 2009) with the Order of Merit, which is a recognition of an individual’s personal bravery, achievement, or service.

She holds a Law Degree from the Law Faculty of the University of Lisbon (Portugal) and a DES from the Institut Universitaire de Hautes Etudes Internationales (Geneva, Switzerland).

Mr. Vadim Ni is the Chair of Ecoforum of NGOs of Kazakhstan.. He is the leading international environmental lawyer in Kazakhstan and one of his specializations is water law and policy. Mr. Ni has experience of consultancy on environmental law and water management in the five Central Asian countries, Azerbaijan and Ukraine. He assisted Government of Kazakhstan with ratification and implementation of the Aarhus Convention, UNFCCC and Kyoto protocol and IMO legal instruments on civil liability for oil spills. Mr. Ni has extensive professional experience in the areas of public participation in environmental protection and river basin management. He participated in drafting of the national legislation of Kazakhstan on access to environmental information and public participation in river basin management. He holds two university degrees - one in chemistry (1993) and one in law (2000).

Mr. Morten Nicholls has been working within the field water resource management since 1980. This has included watercourse regulations, watercourse monitoring, land use management, authority control of discharges to water and lately drinking water management at national level. He has then also been drawing up national plans and national regulations in these areas. In recent years, efforts in order to implement the EU framework directive for water and the EU drinking water directive have been central to his work. Morten Nicholls has also had primary responsibility for drawing up the national targets set by Norway for the Protocol on Water and Health. He has now retired after 20 years at the Norwegian Food Safety Authority.

Ms. Natalja Sliachtic is a Master of Biochemistry working in the field of Environmental Health. She was a member of Board of Lithuanian Rivers basin’s management plans and was taking part in the Baltic Environmental Forum activity. She is responsible for consultation in the field of water protection and health impact and takes part in the preparation of Lithuanian legislation. She has gained experience during many years of working directly on the Protocol on Water and Health.

Dr Sergei Vinogradov (LLB, PhD Moscow State University) is working in the Centre for Energy, Petroleum and Mineral Law and Policy, University of Dundee, Scotland, UK.
He is also a visiting Professor of the China Institute of Boundary and Ocean Studies of the Wuhan University and the MGIMO-University (Moscow).

His main areas of expertise include international law of natural resources, international water law, law of the sea and environmental law. Dr Vinogradov has published extensively on issues related to transboundary watercourses, environmental regulation of petroleum activities, cross-border pipelines, and protection of the marine environment. He is a member of the International Council of Environmental Law and Commission on Environmental Law of the IUCN/World Conservation Union. He has been involved as a legal consultant in numerous international projects and activities under the auspices of the UN Economic Commission for Europe, UN Regional Center for Preventive Diplomacy in Central Asia, OSCE, UNESCO, UNEP, UNDP/GEF, EU, and the World Bank

Dr Vinogradov participated in drafting and negotiating international agreements, such as the ECT Draft Transit Protocol, agreements on land-based pollution for the Black and Caspian seas, rivers Dniester, Kura, and other transboundary basins. Dr Vinogradov provided legal advice to the Mekong River Commission, International Fund for the Aral Sea, national governments and development agencies operating mostly in developing and transition economy countries of Central and Eastern Europe, Central and South-East Asia, and Africa.