The United Nations vision is of a world in which all types of forests and trees outside forests are sustainably managed, contribute to sustainable development and provide economic, social, environmental and cultural benefits for present and future generations (UNFF, Strategic Plan for Forests 2017-2030). The joint ECE/FAO Forestry and Timber Section supports developing evidence-based policies for sustainable forest management and communicates about the many products and ecosystem services provided to society while assisting countries of the region to monitor and manage forests. The world has lost around 420 million hectares of forest to other land uses since 1990, with an annual rate of deforestation estimated at 10 million hectares over the last five years, the Food and Agriculture Organization of the United Nations (FAO) said in its 2020 Global Forest Resources Assessment (FRA) report published this week. The report, whose preparation was supported by experts from the Joint UNECE/FAO Forestry and Timber Section, shows that on the contrary to global trends, forest area in the UNECE region has been increasing over the last three decades, up by 33.5 million hectares.

This does not mean deforestation did not take place: around 6.4 million hectares of forests have been converted to other land uses in UNECE countries since 1990. However, the UNECE region’s lost forest area has been compensated by forest expansion, which accounted for 39.9 million hectares in the same period. In general, this means that the UNECE region’s lost forest area accounts for a relatively small percentage of all forest lost to deforestation globally throughout the same period.

Three of the five countries with the biggest forest area in the world (the Russian Federation, Canada, the United States of America) belong to the UNECE region, and forests in these three countries amount for the vast majority (86 percent) of the region’s forests The UNECE region is characterized by a higher rate of forest cover (37 percent) and more area of forest per person (1.4 hectares) compared to average global values.

The full report is available here.

New study on Forest Ownership in the UNECE region - March 2020

Other forest-related events are available at the websites of: FAO, Forest Europe, EFI, UNFF, GFIS

Forest Ownership in the ECE Region

Rovaniemi Action Plan for the Forest Sector in a Green Economy: Mid-term Review

State of Forests of the Caucasus and Central Asia

Forest Landscape Restoration in the Caucasus and Central Asia

Wood Energy in the ECE Region

Forests in the ECE Region

The Three Little Pigs and Climate Change - the benefits of wood as a low-emission construction material; Polish version 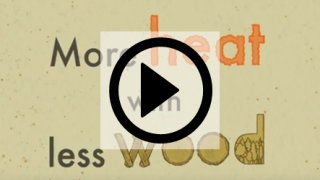