UNECE’s work on sustainable energy is designed to improve access to affordable and clean energy for all and help reduce greenhouse gas emissions and the carbon footprint of the energy sector in the region. It promotes international policy dialogue and cooperation among governments, energy industries and other stakeholders.  The focus  is on energy efficiency, cleaner electricity production from fossil fuels, renewable energy, coal mine methane, gas, classification of energy and mineral reserves and resources, and energy security.  Read more

Deep Transformation of the Energy System How is the UN Economic Commission for Europe (UNECE) working with countries to attain Carbon Neutrality in the ECE Region?

Many countries in the ECE region are embracing carbon neutrality recognized as the first milestone towards sustainable energy, with leaders like Canada, Denmark, France, and the United Kingdom, said Olga Algayerova during a C2GTalk interview with Janos Pasztor, Executive Director. Executive Secretary calls for countries to recommit to the future, “We are really running out of time and urgent action is needed”. Highlighting that UNECE provides a platform for technology-neutral dialogue and are keen to work with C2G to help countries get better informed about new emerging technologies that could play an important role in fighting climate change in the future.

Hydrogen in Europe: Russia’s friend or foe? Водород в Европе: друг или враг России?
29 October 2020 – Hydrogen is a bridge to achieving carbon neutrality. It is not zero-carbon today, but should be in the future. To achieve that, good planning is key. Some member States have already developed a hydrogen strategy, some are working on it. Who does what on hydrogen and how UNECE could help the member States coordinate their efforts is in the presentation that was given on 29 October 2020 at the online conference: “Development of renewable energy sources in the European Union and the assessment of their effectiveness”, organized by the Nizhny Novgorod State Technical University R.E. Alekseeva.

Applying UNFC to Solar Energy - An Introduction
This video provides a short introduction to the application of UNFC to solar energy and the benefits it will bring in particular to investors in energy projects.

Guidelines and Best Practices for Micro-, Small and Medium Enterprises in Delivering Energy-Efficient Products and in Providing Renewable Energy Equipment How is the UN Economic Commission for Europe (UNECE) working with countries to attain Carbon Neutrality in the ECE Region? 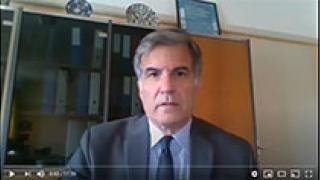 Scott Foster, Director of the Sustainable Energy Division of the UNECE, Keynote Speech to Reuters: Deep Transformation of the Energy System 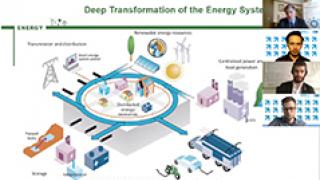