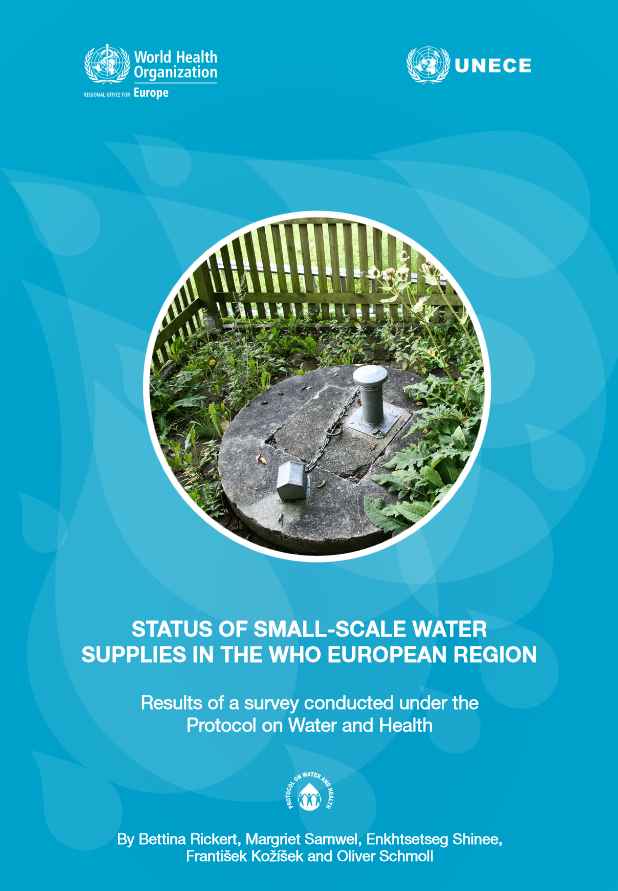 To improve the evidence base on small-scale water supplies and to gain a better overview of the status quo throughout the Region, the WHO Regional Office for Europe and the United Nations Economic Commission for Europe conducted a survey requesting country-specific information in 2012–2013. The survey had a high response rate (81%), with replies from 43 countries from the pan-European region.This report summarizes the findings of the survey, which showed that about 23% of the population of the Region receive their drinking-water from small-scale systems and that comprehensive information on small-scale water supplies is typically not readily available at the national level across the Region, which hampers systematic assessment of the prevailing conditions.

In 2016, a publication entitled "Taking policy action to improve small-scale water supply and sanitation systems" was published in English and Russian. It includes a collection of good practices and tools from across the pan-European Region. Small-scale water supplies and sanitation systems are an integral part of the Programme of work for 2017-2019, adopted by the Meeting of the Parties at its fourth session (Geneva, 14-16 November 2016). Work in this area is co-led by Germany and Serbia.
Country activities under this area of work complement the efforts that are being made at the regional level and contribute to improving the national evidence base of the situation of small-scale water supplies and sanitation systems. For example, in 2011, a Rapid Assessment of Drinking Water Quality (RADWQ) in small-scale water supplies was conducted in the Dusheti and Marneuli districts of Georgia. It was shown that there was only low numbers of water samples taken were in compliance with the national drinking-water standard. The full report can be found here.  The RADWQ methodology has also been applied in rural Serbia in 2016, finding much lower compliance rates with national standards compared to urban systems. A summary report is available here.

Additional resources on small-scale drinking-water supplies can be found on the WHO website.
Subscribe
Last update date: November 29, 2020