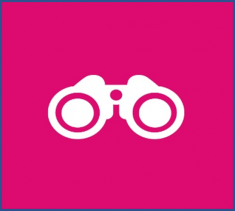 Market surveillance and the chain of control of products which enter the market is a pillar of quality infrastructure. Since its establishment in 2003, the Advisory Group on Market Surveillance (MARS) brings together all players involved (public authorities, manufacturers, retailers, importers, consumers, etc.) to increase transparency and attract attention to the role and responsibilities of public authorities in the chain of control. It has developed comprehensive guidance and serves as a forum of best practice and development of recommendation guidelines.

Market surveillance is a set of activities by designated authorities to ensure that products comply with mandatory requirements and do not endanger any aspect of public interest. This involves proper calibration of machinery and measurements (metrology) as well as actively engaging with other border control agencies such as customs. MARS actively brings together member States to discuss best practice for countering sub-standard and counterfeit goods.

No country benefits from counterfeits. The WP.6 Advisory Group on Market Surveillance (MARS) is organizing a webinar on 21 February 14:00-16:30 on how market surveillance agencies can play a role in the combat against counterfeits. This reflects the 2007 Recommendation M on the topic and will provide an opportunity to take stock of its implementation and any eventual updates. More available on the event website.

Market players such as public authorities, manufacturers, retailers, importers, and consumers/users need transparent rules of play. Consistent and effective procedures in the field of the protection of consumers and workers are a precondition to address this concern. Improved coordination and creation of best practices for market surveillance authorities are of great importance. Such cooperation and coordination are essential for the good functioning of both national markets and for the ECE region at large in order to eliminate distortion of competition and to protect consumers. Transparent and consistent best practices will also contribute to the facilitation of international trade.

The general task of the Advisory Group on Market Surveillance (MARS Group) is to contribute to the activities of the Working Party on Regulatory Cooperation and Standardization Policies (WP.6) aimed at creating conditions conducive to the development and promotion of global trade and economic cooperation.

Official meetings of the Advisory Group on Market Surveillance (MARS)

Other events related to market surveillance organized by WP.6