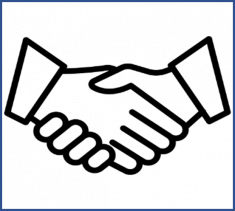 UNECE encourages rule makers to base their regulations on international standards. These provide a common denominator to the norms that apply on different markets, and reduce the need to customize and retest the products whenever they cross a national border.

In order to avoid standards becoming a barrier to international trade, national regulators must work together to specify which international standards constitute the common denominator, and how compliance with the standards should be assessed.

The START Team will hold its annual session on 23 May 2023 and plans to look at a return on experience of the various common regulatory objectives which have been proposed. If you have experiences that you might want to share, please contact the WP.6 Secretariat.

A product’s technical features need to be in compliance with technical regulations that define safety and health requirements. Because each country has unique needs and circumstances, technical regulations could never be valid for the whole world. But different norms and different ways of applying them also means high costs! Business needs to study and understand the rules, tailor the merchandise accordingly, and fulfil complex procedures to prove compliance.

The ad hoc team of specialists on STandardization And Regulatory Techniques (START Team) was established in 1999 by decision of the Committee. A number of initiatives have been launched to encourage regulatory convergence on key topics listed below.

Compatibility of products of the telecom industry often causes problems to end-users, who can find themselves unable to use imported material or equipment they have bought in another country. Most incompatibility issues could be solved through harmonizing the standards in this sector.

This initiative has been marked as completed

The purpose of the sectoral initiative on cybersecurity is to promote the convergence of national technical regulations currently in place, or yet to be put in place, in this sector towards a shared framework that is based on a risk-based approach and other international best practices. This will reduce barriers to trade for components, equipment, qualified persons and services, will encourage competition, increase market choice and will reduce costs. It will also increase the level of data protection for banking, health and other essential data services and the level of reliability, continuity, safety and security of critical infrastructures, such as electrical energy supply, and other essential services that are the backbone of any national economy. It will therefore help to ensure the general well-being and prosperity of a country’s citizens.

This initiative has been marked as completed.

Cranes, bulldozers and other Earth-moving Machinery (EMM) have been part of a global industry for years. ISO standards (ISO/TC127) have been used as a common denominator to minimize safety risks. However, the market remains segmented owing to the rarity of mutual recognition agreements in this sector, and, as a consequence, repeated testing and certification — which are particularly costly and lengthy in this sector — unnecessarily elevate prices and distort competition.

In 2003, Working Party 6 set up this sectoral initiative on EMM to increase the scope of application of the existing ISO standards while fostering the mutual recognition of conformity-assessment procedures on the basis of Recommendation L. The initiative’s underlying rationale being to enhance safety while reducing barriers to international trade.

A first version of the Common Regulatory Objectives (CROs) was drafted in 2004 and circulated among members of the industry, but some have expressed the concern that producers’ self-declaration of conformity (SDoC) might not be feasible in all countries. The need was recognized to improve the compliance clause to address the requirement for third party certification in developing countries where trust in manufacturers’ ability to implement SDoC has not been achieved yet.

This initiative has been marked as completed.

Explosions in offshore facilities, on vessels or in mines, refineries, chemical plants or mills entail high risks for individuals and the natural environment. Equipment used in explosive environments must therefore have a high level of safety.

The initiative to develop common regulations in this specific sector was based on the international model of Recommendation L. It was launched in 2006 with a view to developing Common Regulatory Objectives (CROs) covering the definition of area classification, verification of the equipment and its production, installation, inspection, maintenance, repair and the related conformity-assessment procedures for products, services and competency of personnel. The general goal of this sectoral initiative is to promote and enhance safety, while eliminating barriers against the free trade and use of equipment for explosive environments.

Accidents on international pipelines endanger human lives and the environment, cause serious revenue losses and generate a climate of public hostility towards pipelines. Meanwhile, if designed, constructed and maintained according to the proper norms and standards, pipelines can be one of the most efficient and environmentally friendly means of energy transportation and distribution.

A sectoral initiative aimed at developing a common regulatory basis in this sector was formally proposed in 2007. The initiative was formally established in 2009 and is based on Recommendation L. SIPS identifies best regulatory practices in technical regulations concerning project design, construction, testing, use of materials, operation, maintenance, conservation and utilization of pipelines for oil and gas industry products. The initiative could capitalize on: (a) an advanced set of 177 international standards already developed by the Technical Committee 67 (TC67) of the International Organization for Standardization (ISO) to address specific technical issues related to pipeline safety; and (b) the UNECE expertise in administering the 1992 Convention on the Transboundary Effects of Industrial Accidents, which resulted inter alia in the formulation of Safety Guidelines and Good Practices for Pipelines for the Prevention of Accidental Water Pollution.

If well constructed, carefully monitored and properly attended, pipelines can be a safe, environmentally sound and economic means of transport. However, like fixed installations handling hazardous substances, they may be a serious threat to our health and our environment.

The effects of accidents involving pipelines are often very significant. External interference, corrosion and poor maintenance are among the most common causes of pipeline accidents in the UNECE region. Those involving petroleum products can have a devastating effect on the soil and water. The severe pipeline leak of some 100,000 tons of oil in the Komi Republic, in the Russian Federation, in 1994 was one of the region’s most severe environmental disasters. Accidents involving gas often result in loss of human lives as was demonstrated by a 2004 gas pipeline accident in Ghiselenghein, Belgium, which resulted in 20 fatalities and 130 wounded.

Although pipelines are operated with increasing care, in view of many UNECE countries, the safety of pipeline operation needs further improvement. There is a need to raise awareness and share experience and good practices among the competent authorities, operators and the public.