Road Safety: Cameroon Must Redouble Its Efforts and Strengthen Coordination 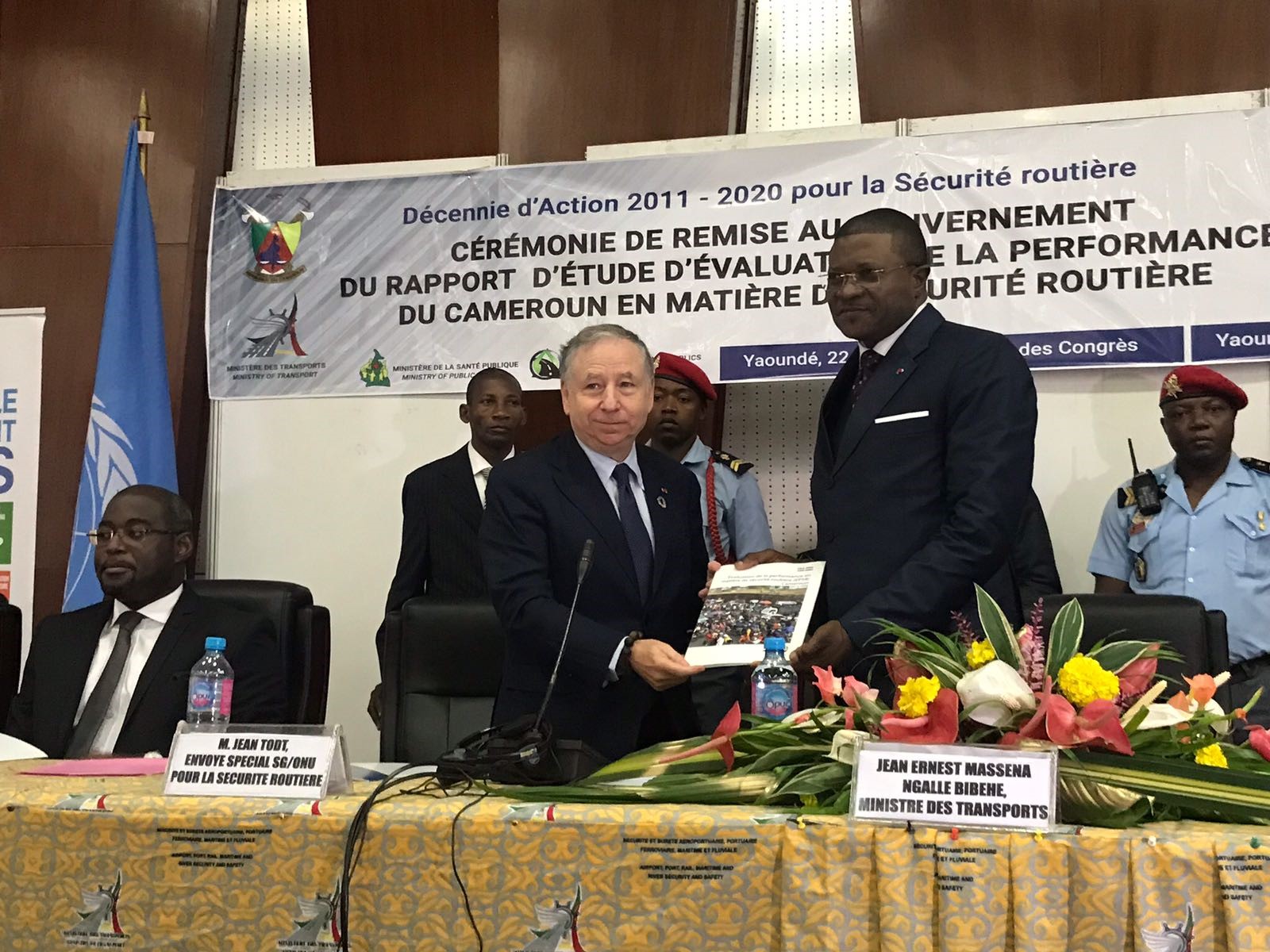 Mr. Jean Todt, United Nations Secretary-General's Special Envoy for Road Safety, presented in Yaoundé on 22 August 2018 the Road Safety Performance Review of Cameroon, which provides an analysis of progress and challenges in the country’s road safety. Cameroon is the second African country to benefit from this expertise, following Uganda.
Cameroon records an average of 16,583 road accidents each year, killing more than 1,000 people, according to official figures, and over 6000 according to World Health Organization estimates.
Despite a decrease in the number of accidents since 2012, thanks to increased user awareness, monitoring, control and enforcement activities, the number of road deaths increased over the period 2008-2014, due to an increase in the vehicle fleet (estimated at 675,000 vehicles in 2014) and the severity of accidents recorded.
This human cost is dramatic. Furthermore, the related economic losses are estimated at nearly 100 billion CFA francs per year, equivalent to 1% of GDP. Compared to the country's urgent development needs, in terms of lost investment, each year these losses represent the equivalent of around:
• 10,000 classrooms
• over 250 kilometres of paved roads
• eight referral hospitals - enough to provide all regions of the country with referral hospitals within two years.
It is therefore urgent for Cameroon to redouble its efforts to improve the road safety situation. These are the main findings of Cameroon's Road Safety Performance Review (RSPR), presented at a national workshop on road safety held in Yaoundé on 23 and 24 August 2018, in the context of follow up for the United Nations Decade of Action for Road Safety.
The Review, conducted by the Ministry of Transport under the supervision of the United Nations Economic Commission for Europe (UNECE) and in collaboration with the United Nations Economic Commission for Africa (ECA), presents a holistic analysis of the country's road safety progress and challenges.
The UN Secretary-General's Special Envoy for Road Safety, Mr Jean Todt, urged stakeholders in the country to strengthen their efforts in these terms: "This Review shows real political will of Cameroon’s authorities to improve the situation, but it also identifies key challenges that must be overcome. By analysing all factors in order to propose priority actions, these Reviews, which we are undertaking at the request of governments, can provide vital support for improving road safety at national level. We hope that this Review will contribute to improving safety on Cameroon’s roads, including through the implementation of the dedicated United Nations legal instruments.” 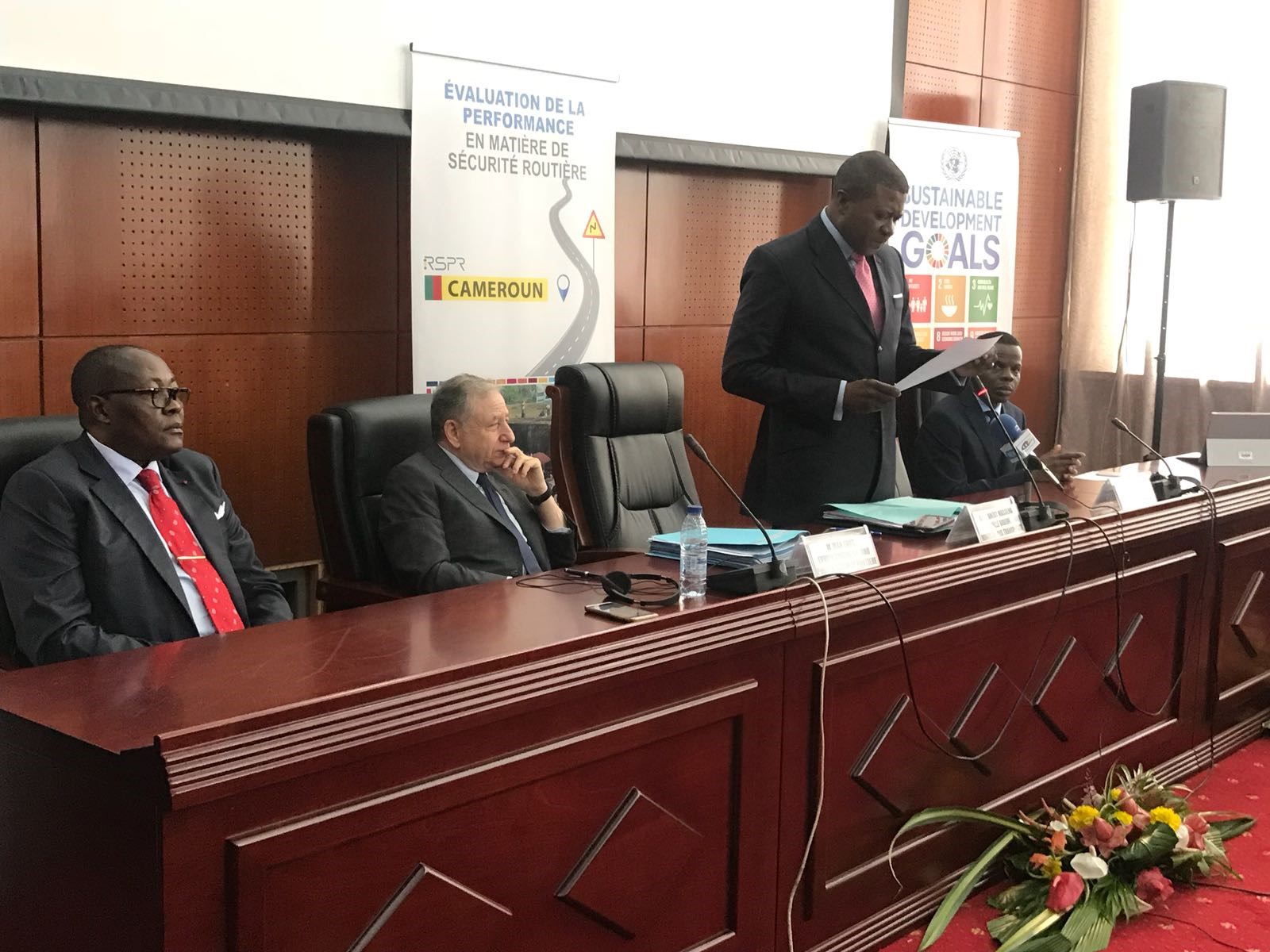 Mr. Jean Ernest Masséna Ngalle Bibehe, Minister of Transport of Cameroon, reaffirmed the country’s political will, manifested at the highest level by Head of State Mr. Paul Biya, who has engaged the country to lead a tireless combat against road accidents: “In this respect, we commit to the progressive implementation of these recommendations, with, in priority, reinforcing coordination through the establishment of an independent operational organism as well as consultative and expert bodies; strengthening enforcement and improving legislation, including the integration of the United Nations legal instruments, which already inspire all national and regional texts in force in Cameroon; improving the safety of the vehicle fleet through its renewal; pursing the reform of the procedure to obtain and be awarded a driving licence, and intensifying awareness-raising.”
Indeed, the Review highlights the numerous actions undertaken since the adoption in 2009 of a National Prevention and Road Safety Strategy, the implementation of which has however been fragmented.
Among the priority actions identified, the RSPR recommends the effective establishment of the National Road Safety Committee to strengthen road safety management and coordination. It also recommends the establishment of independent bodies under the Ministry of Transport, including an inter-ministerial coordination committee (political body), a steering committee (expert committee) and a road safety office (implementation agency).
The Review also stresses the importance of ratifying and implementing the UN legal instruments on road safety. These can lead to concrete results in a range of different areas, whether in terms of traffic, road signs and signals, driver behaviour, or regulations to improve the safety of vehicles and their occupants.
Accidents in interurban areas over the 2008-2014 period were caused by three major issues: drivers' inattention and distraction (30.67%), speeding (19.97%) and drivers' lack of control (18.53%). To remedy this situation, the Review recommends accelerating the reform of the driver training programme, raising awareness among the various road users, and systematizing and strengthening sanctions for risky behaviour.
The country's road network, which accounts for 85 per cent of transport in the country, suffers, among other problems, from a lack of signalling and markings, cracks, potholes, poor rainwater drainage, lack of sidewalks and cycle paths, and disorderly parking.
Significant resources have been mobilized for the development of safety measures through the country's Road Fund, which has contributed nearly 2.5 billion CFA francs per year since 2013. However, these resources have not been used effectively and efficiently, sometimes because of the rigid eligibility conditions of the measures to be financed. Consequently, the RSPR recommends a more appropriate use of Road Fund resources, which would be enriched by increased mobilisation of the private sector to finance road safety initiatives.
To be effective on the ground, efforts to improve safety on the roads must involve diverse actors in Cameroon. The RSPR therefore highlights the need to develop and put in place partnership frameworks to enable the private sector and civil society to become more actively involved.
In the course of his visit to Cameroon, the Special Envoy met with the following road safety stakeholders, acknowledging their contribution to the launch of RSPRs and encouraging successful implementation of the key recommendations from the Review:
o Mr. Emmanuel Nganou Djoumessi, Minister of Public Works of Cameroon
o Ms. Allegra Maria del Pilar Baiochhi, UN Resident Coordinator and UNDP Resident Representative
o Mr. Galaxy Yves Landre Etoga, Secretary of State to the Minister in Charge of the National Gendarmerie
o Mr. Marcel Niat Njifenji, President of Senate of Cameroon
o Mr. Lejeune Mbella Mbella, Minister of Foreign Affairs of Cameroon
o Mr. Martin Mbarga Nguele, Delegate General for National Security of Cameroon
o Mr. Andre Mama Omgba Fouda, Minister of Public Health of Cameroon
o Mr. Djibril Cavaye Yeguie, President of the National Assembly of Cameroon
o Mr. Jean Ernest Ngallé Bibehe, Minister of Transport of Cameroon 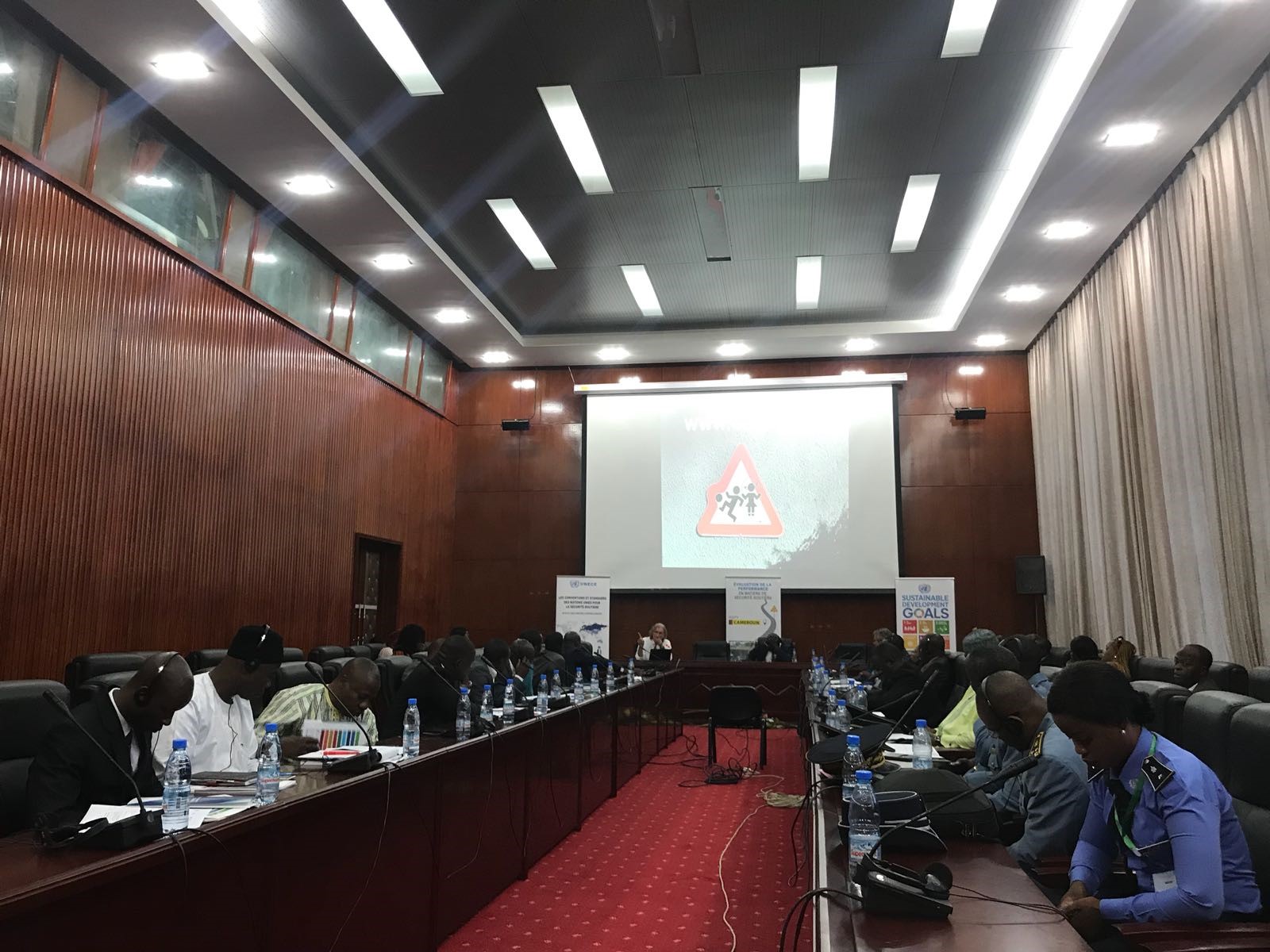