The Special Envoy participated in various events to commemorate the World Day of Remembrance for Road Traffic Victims (WDR), which was initiated by road victims in 1993 and adopted by the UN on 26 October 2005, to remember the victims of road traffic crashes and everyone affected. 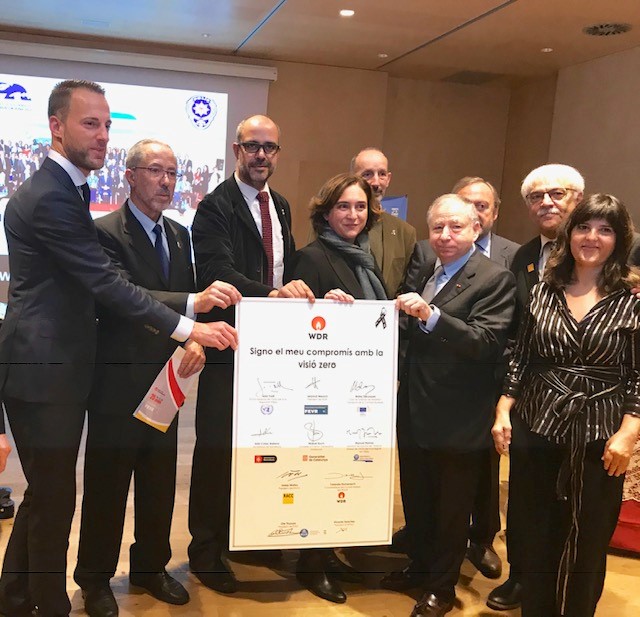 [Barcelona, Spain] On 18 November, the Special Envoy delivered opening remarks alongside the Mayor of Barcelona, expressing his solidarity and support to those severely impacted by road crashes, summarizing his activities to date and urging stronger collective action towards reducing road traffic fatalities and injuries. The event was co-organized by Municipality of Barcelona and the European Federation of Road Traffic Victims. It was attended by more than 30 participants, including representatives of WDR Advisory Council, European Commission, Ministry of Interior and Municipality of Barcelona.  Following the event, the Special Envoy co-signed a pledge for vision zero along with the Mayor of Barcelona and other distinguished road safety advocates. 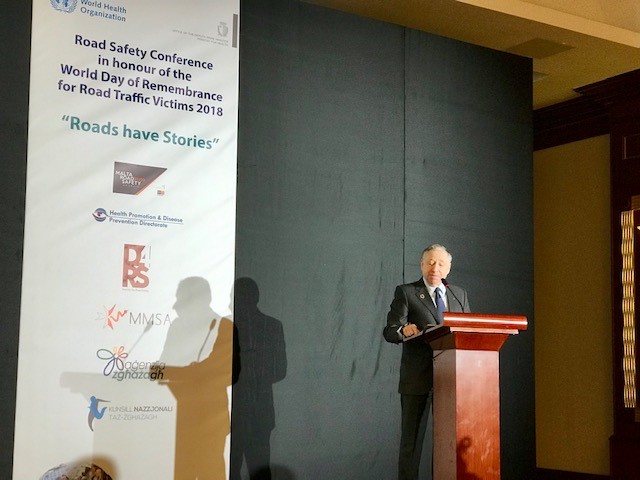 [Valletta, Malta] On 19 November, the Special Envoy participated in the regional road safety conference co-hosted by WHO and Maltese government in commemoration of the 2018 World Day of Remembrance for Road Traffic Victims, themed “Roads with stories”. In his keynote speech, the Special Envoy provided a summary of the global, regional and national road safety situation, encouraging all governments and stakeholders to scale up action, given the unnecessary number of lives lost and altered as a result of road crashes. At the regional level, the Special Envoy encouraged working towards the EU target of halving the number of road traffic fatalities and serious injuries by 2030 and a broader vision of zero fatalities on European roads by 2050.
Furthermore, the Special Envoy participated in the panel session on Safe System Approach to Road Safety and a press conference along with Deputy Prime Minister and Minister of Health. On the margin of the WDR event in Malta, the Special Envoy held a bilateral meeting with Dr. Ian Borg, Minister for Transport, Infrastructure and Capital Projects of Malta.  Minister Borg shared about recent updates in Maltese legislation and efforts towards safer drivers’ behavior. He further shared about his Ministry’s plans for introducing alternative modes of transportation in Malta, emphasizing very high car ownership in the country. The Minister also shared about key priorities of his mandate, such as (i) infrastructure development and (ii) establishing a transport safety agency responsible for investigating and analyzing the accidents.
The Special Envoy encouraged the Minister to consider increased investments in safer infrastructure and education as well as cultivating responsible road user behavior. He further highlighted Ministerial commitment through adopting Valletta declaration last year and encouraged scaled up action towards EU targets to halve the number of road traffic fatalities and injuries by 2030. In conclusion, the Special Envoy encouraged Malta’s accession to all six UN road safety conventions (currently Malta is a contracting party to two out of six).