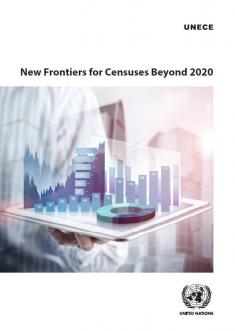 The population census is not just about counting how many people live in a country, but also providing information about age, sex, and other key characteristics that allow countries to paint a picture of how different groups, with different needs, are spread out across the country. In fact, the census provides the foundation for many statistics that help us make informed decisions affecting all aspects of our lives: families, businesses, schools, hospitals, transport systems, neighbourhoods and cities. Most countries conduct a full census every ten years, although some conduct them more or less frequently, and others are already using alternative methods based on population registers that permit ongoing production of census information without requiring traditional data collection. The unprecedented circumstances of 2020 during the current global Covid pandemic have accelerated a transformation in the demand for data that was already underway. The days of waiting a year or even two for cleaned, organized, tabulated census data to be released may be coming to an end, as researchers and policymakers grow accustomed to near-time data availability. But what will happen after this round is completed? By 2030 our world may look very different. The ability to collect information from a wide array of sources, very rapidly, with minimal human intervention, is increasing all the time. Knowing this, citizens may rightly wonder why so much time and money should be spent on asking them to complete a questionnaire. Methods employed for population and housing censuses have been evolving constantly over the past decades to deal with these increasing pressures. The study “New Frontiers for Censuses Beyond 2020”, prepared by the UNECE Steering Group on Population and Housing Censuses, explores the new challenges and opportunities for censuses in the region beyond the 2020 round. Recognizing the growing pace of change, the new analysis proposes that a careful review is required of some of the fundamental, even defining features of a census.  Traditional censuses rely on the idea of ‘simultaneity’ – meaning that everyone provides their information at, or referring to, one particular point in time, such as midnight on the census reference day, so that no-one is counted twice in two places nor missed out. The growing use of multiple alternative sources rather than direct questioning may make such simultaneity impossible. Tax files and border crossing records are collected for purposes other than statistics and have their own reference dates. Instead of attempting to adjust figures to arrive at a common reference date using complex models, the new analysis suggests that modern censuses may do better to accept this range of dates and relinquish the idea of simultaneity. Increasing trends towards transnational migration and residence patterns, such as repeated cross-border movements, make the international coordination of censuses both more challenging and more important, to avoid either duplicating or skipping the parts of a population that move regularly between countries. A growing trend towards people having two or even more places that they call home brings into question another of the core ideas of censuses as we know them—that of ‘usual residence’. The Steering Group’s analysis suggests that future censuses, rather than striving to develop complex rules to determine which of a person’s many locations should be recorded as their usual residence, may instead need to apportion people in multiple places to reflect more accurately the way they divide their time and their use of services.  Other topics covered in the analysis include advances in the way that data quality is assessed; improved use of geospatial information in all stages, from census operations to data collection to dissemination of results; and renewed attention to relationships with the public to ensure their trust, such as communicating about the methods used to ensure privacy and confidentiality.  With country examples to illustrate the shifts in methods and perspectives, the analysis shows how the international coordination provided by UNECE can serve to aid countries in learning from one-another.PDF version:Download (1.5 MB)