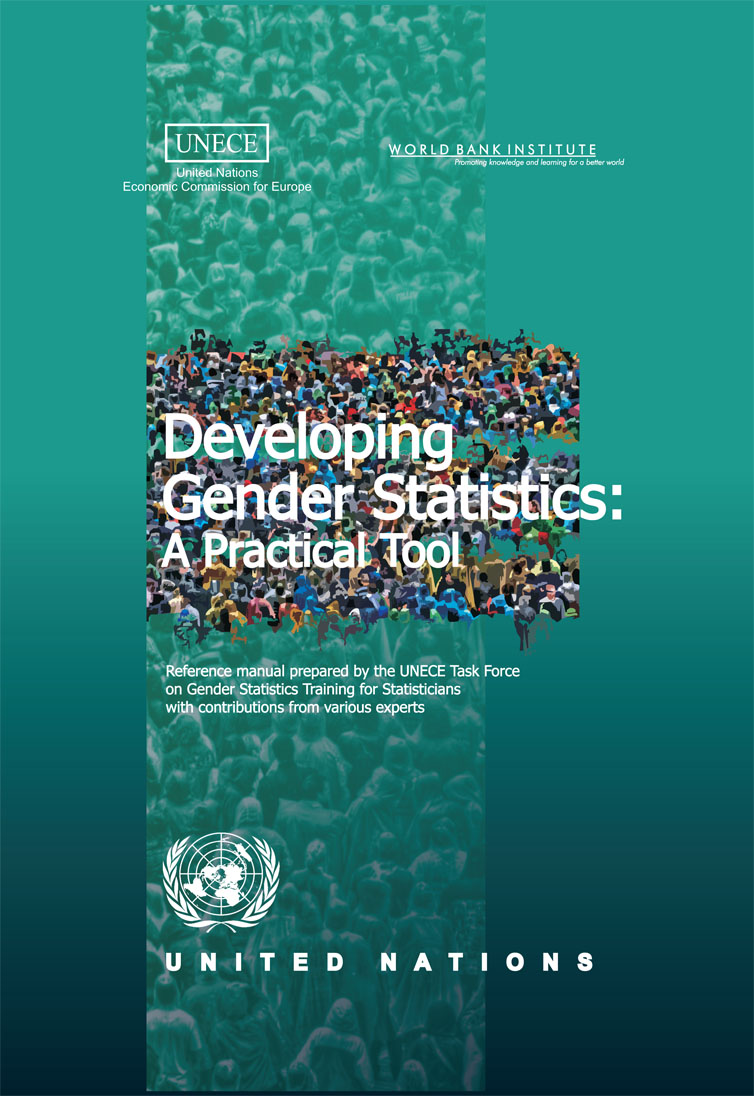 This manual has been developed as part of the UNECE and World Bank Institute project on engendering national statistical systems. It was prepared by the UNECE Task Force on Gender Statistics Training for Statisticians with contributions from various experts. The manual was endorsed by the Conference of European Statisticians in June 2010. Print copies in English and Russian are available free of charge and can be requested by email to support.stat@un.org, indicating the publication title and your postal address.

The PDF files of the publication can also be downloaded at the following links: English version: Developing Gender Statistics: A Practical Tool (3.3 Mb) (2010)Russian version: Разработка гендерной статистики: Практическое пособие (8.6 Mb) (2011)Chinese version: 开发性别统计数据 实用工具 (5.6 Mb) (2014)Gender statistics is a field of statistics that cuts across the traditional fields to identify, produce and disseminate statistics that reflect the realities of the lives of women and men and policy issues relating to gender equality. Such information is vital to inform policymakers and to make advances towards achieving gender equality. Gender statistics also have an important role in improving the whole statistical system, pushing it to describe more accurately and fully the activities and characteristics of the population.
Developing Gender Statistics: A Practical Tool aims to guide statistical organizations in the production and use of gender statistics. It represents a consolidated reference for any organization or individual interested in producing information about gender differences, guides producers of gender statistics and assists in improving the availability of high-quality information on women and men.