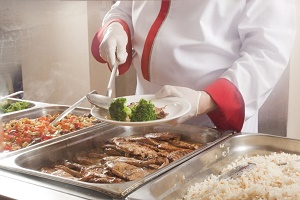 Ending poverty is at the heart of the 2030 Agenda for Sustainable Development. And as with all the goals and targets, decision-makers depend on accurate statistics on poverty to know how we are doing, how far we still have to go, whether policies are working, and how countries and groups compare. We cannot know if we are en route to ending poverty if we don’t have a standardized way of defining and measuring it.

The UNECE Steering Group on measuring poverty and inequality, established in 2017 by the Conference of European Statisticians, brings together leading experts from national statistical offices, academia and international organizations to tackle this challenge.

Sustainable Development Goal (SDG) 1, “end poverty”, includes the indicator 1.3.1 “proportion of population covered by social protection floors/systems”, recognizing that access to at least a basic level of social protection is a human right. Such protections are designed to shield households or individuals from the financial vulnerabilities that come from risks or shocks occurring throughout the lifecycle, such as illness, disability, unemployment, having children, or peaks in housing and education costs.

Non-cash social benefits – goods and services provided in-kind, free or at subsidized prices by government and non-profit institutions – are an important part of social protection. For instance, households living in a country with state-provided healthcare and education services will have a higher standard of living than households with similar disposable income who live in a country where these services need to be paid for.

Yet such in-kind benefits are often missing from the welfare measures used for poverty statistics, because they are hard to identify and count. Differences in the kinds of benefits people receive, and in whether or how they are measured, make it difficult to draw fair comparisons between countries. As an illustration: social housing and public transport subsidies are included in statistics on income distribution in the United Kingdom, but not in Finland; while elderly care is included in Finland but not in the United Kingdom.

When in-kind benefits are included in measures of poverty, the effects of each policy tool can be disaggregated to assess their impact. For example in the United States in 2016, other things being equal, a major food assistance programme kept 3.6 million people out of poverty while housing subsidies reduced the number of people living in poverty by 3.1 million.

In the United Kingdom in 2016-17, the poorest fifth of households received around £8,400 worth of in-kind social transfers such as education and healthcare services, subsidies for housing, transport, and free school meals, compared with £5,900 received by the top fifth.

Whether and how to include these social benefits in poverty measures was one of the many issues debated at this month’s UNECE meetings on measuring poverty and inequality, along with measuring subjective perceptions of poverty, dynamics over time, and the use of machine learning for poverty mapping.

Delegates from the countries of Eastern Europe, the Caucasus and Central Asia showcased their collective efforts to harmonize poverty statistics and improve cross-country comparability. Azerbaijan, Belarus, Kazakhstan and Kyrgyzstan are already using a UNECE survey module for harmonized data collection on poverty, developed this year, to produce their national poverty statistics.

The statistical experts also considered a draft UNECE Guide on data disaggregation for poverty measurement, developed by a task force of experts from across the UNECE region, designed to improve methodologies for identifying the most disadvantaged or marginalized members of the society, including hard-to-reach groups and populations living in institutions, who often experience the highest levels of poverty.  The Guide will be published in 2020.

The UNECE expert meeting on poverty and inequality and a capacity development workshop for countries of Eastern Europe, the Caucasus and Central Asia took place in Geneva earlier this month.