UNECE region reports progress in meeting the needs of an increasingly ageing population, but challenges remain 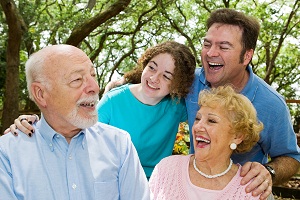 Over the past 10 years, UNECE member States have made significant progress in adapting social protection systems, promoting health and independent living and adjusting labour markets to the needs of an increasingly ageing population. However, these are also among the top areas where major challenges are still identified on the way towards implementing active ageing policies, i.e.  policy-frameworks that enable individuals to be active throughout their life-course and until old age . These are some of the findings of the Synthesis Report on the implementation of the Madrid International Plan of Action on Ageing in the UNECE region that will be presented today at the UNECE Ministerial Conference Ensuring a society for all ages: promoting quality of life and active ageing (18-20 September 2012). In 2002 when the UNECE countries adopted their Regional Implementation Strategy for the Madrid International Plan of Action on Ageing, some 154 million people among the region’s population of 1.18 billion were aged 65 years or above (13 per cent). Ten years later, the number of people aged 65 years or above has increased to 174.5 million and presently accounts for 14.1 per cent of the region’s total population, and the trend will accelerate in coming years reaching 267.7 million (20,1 per cent) in 2030. Out of eight UNECE countries where presently the proportion of people aged 65 years or above is below 10 per cent 6 will have breached this threshold by 2030. Presently, the total fertility rate is below the replacement level (2.1 children) in 45 UNECE countries.Adapting labour markets For persons aged 60-64 years, labor force participation has increased sharply in the UNECE region between 2000 and 2010, from 39.6% to 46.5% for male and from 22.7% to 31.5% for women. More modest increases have been registered at age 65+, from 11.7% to 12.6% for men and from 5.7% to 7.1% for women.
This reflects the efforts made by many countries to develop strategic frameworks to promote longer working lives. Employers hiring older unemployed workers may benefit from subsidies. Adjusting the setup of the workplace and allowing for more flexible work time arrangements have proven equally important to accommodate the special needs of older workers. Some countries, including Lithuania, the Republic of Moldova and Slovenia have supported entrepreneurship opportunities for older persons, some of them especially targeting older women (Cyprus, Lithuania, the Republic of Moldova, Portugal and Serbia).Reforming social protection systems Overall, the percentage of people aged 50 and above at risk of poverty or social exclusion has fallen sharply across the region between 2005 and 2010 (see table 10). However, in some countries of Western Europe, the trend has stabilised or even reversed, especially for women aged 75+.
Social security expenditures make for a large share of public budgets and finding ways to sustain social protection systems has been one of the priorities in member States, despite accrued fiscal constraints since the financial crisis of 2008. Eighteen countries have introduced pension system reforms, for example by increasing required contributory periods, limiting early retirement options and increasing the retirement age. Incentives for employees to work beyond retirement age are also amongst the measures that have been introduced. Challenges remain in fully implementing the reforms. Some countries have had difficulties in developing functioning private pension systems. In the Republic of Moldova, for example, two private pension funds are registered but reportedly do not operate.Ensuring quality of life at all ages and maintaining independent living, health and well-being Several countries have developed integrated ageing-strategies in the health and care sectors, to enhance access to affordable services while ensuring sustainability. Most countries provide a continuum of care, privileging individual choice and independent living. Major investments have been made in offering home-based care, further developing long-term care, geriatric and palliative care as well as institutional care for those in need. Countries have expanded their activities to address challenges around Alzheimer’s disease and other forms of dementia. Acknowledging the challenges related to abuse and violence against older persons, some countries have strengthened their legal frameworks, set up support structures and launched awareness raising initiatives.Mainstreaming ageing One of the lessons learned in the Madrid process is the need for countries to adopt   ageing-related strategic frameworks to streamline policy-making and to ensure that ageing is considered by all ministries. Thirteen countries have already adopted specific ageing-related strategic frameworks or action plans, including Armenia, Austria, Cyprus, the Czech Republic, Finland, Ireland, Iceland, Lithuania, Macedonia, Serbia, Slovenia, Ukraine, and the United Kingdom. Several countries have established national multi-stakeholder bodies with advisory functions to government that also include older persons or their representatives. Read the selected tables from The Synthesis report.The Synthesis report: http://www.unece.org/DAM/pau/age/Ministerial_Conference_Vienna/Documents/Synthesis_Report_complete_final_with_embargo_sign.pdf

More information on the the UNECE Ministerial Conference is available at: http://www.unece.org/pau/ageing/ministerial_conference_2012.html