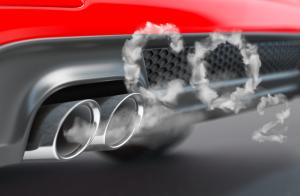 With current policies in place, the transport sector’s CO2 emissions will grow almost 20% by 2050 according to the International Transport Forum Transport Outlook, and even more in developing countries. Many stakeholders working to mitigate greenhouse gas (GHG) emissions from transport need, use and collect such data but they are not available in a commonly known and accessible place.

Since May this year, UNECE and other key stakeholders forming the Transport Data Commons Initiative have been working to create an open data platform to share the existing data on CO2 emissions in the transport sector. On 9 December 2022, UNECE was chosen by the initiative to host a prototype database to be developed by May 2023.

The database will be hosted under the umbrella of UNECE’s For Future Inland Transport System (ForFITS), a model meant to foster sustainable transport policies.

Key features of the Transport Data Commons will include free, publicly available, centralized and transparent data access. The database is expected to include intuitive, state-of-the-art data visualization, with data imports and export capabilities, to benefit the whole transport community.

The initial focus will cover transport and climate change, but it may be expanded to air quality and road safety at a later stage.

UNECE’s For Future Inland Transport system (ForFITS) project was initiated in 2011 to enhance international cooperation and planning towards sustainable transport policies, with the particular aim of assisting users in making informed decisions about measures to reduce CO2 emissions in the transport sector. Since then, ForFITS has widen its portfolio of activities to engage with partners working in the transport and climate nexus.