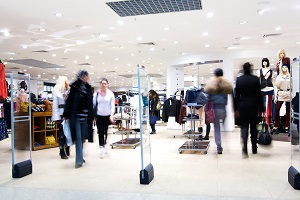 Many economic phenomena are influenced by the changing of the seasons. This can be due simply to the weather—more fuel for heating is used in the winter, more is spent on cooling buildings and cold refreshments in the summer, for example—or it can be due to the cycles of business and of societies. Most countries have a marked end-of-year holiday season during which consumer spending increases, as well as a ‘back to school’ season at the end of a long school break. The seasons can affect flows of migrant workers who respond to demand for agricultural labour during harvest seasons, or for workers in the hospitality sector during peak holiday times.

All of these factors mean that simply taking at face value the trends seen in economic statistics over the short term would be misleading. Without adjusting these figures, we would mistakenly interpret seasonal peaks and troughs as indicators of true economic growth or decline. Producers of economic statistics therefore adjust their time-series with statistical techniques to reveal the true underlying patterns, offering transparent measures that can be compared over time, between indicators and between countries, including those with different seasonal patterns.

A new UNECE Guide offers national statistical offices practical assistance in producing seasonally adjusted monthly and quarterly time series, covering all steps in the process: from evaluating the raw data to disseminating and communicating the results in an understandable way.

The publication, which is designed principally for national statistical offices in the countries of Eastern European, the Caucasus and Central Asia, is based around the use of JDemetra+ — an open-source software programme developed by the National Bank of Belgium in cooperation with Deutsche Bundesbank in accordance with the guidelines of the European Statistical System. The Guide is an update of a previous version released in 2012, now taking into account new and improved features of the software.

The Guide is available at https://www.unece.org/index.php?id=53959