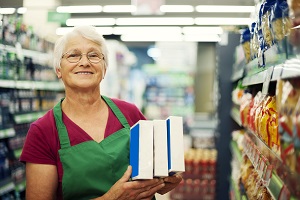 The ILO Centenary Declaration on the Future of Work, adopted on Friday by the 108th International Labour Conference, acknowledges that alongside other driving factors such as technological innovations, climate change and globalization, demographic change will shape the future of work. Because of population ageing and increasing retirement ages, the number of older employees in the UNECE region will continue to grow. 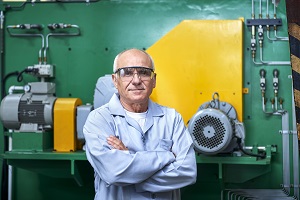 To adapt to the changing demographics in the workplace, the Declaration calls upon ILO to develop “supporting measures that help older workers to expand their choices, optimizing their opportunities to work in good-quality, productive and healthy conditions until their retirement, and to enable active ageing”. This call is necessary as the potential of older workers in the labour market is under-utilized. Many older workers face barriers when looking for new jobs, training opportunities and career development, or are pushed to leave into early retirement in times of economic recession.

One factor that prevents older workers from realising their potential is ageism. The stereotyping, prejudice about and discrimination against people based on their age can affect us all at different stages of our lives. While it can affect both younger and older people, Eurobarometer data reveals that people over 55 are more likely to feel discriminated against on the basis of their age than those below 30 (2015 data). UNECE’s Policy Brief No. 21: Combating ageism in the world of work suggests three different strategies to address the problem:

Removing ageist provisions in the legal and regulatory framework

The first step to combat ageism is to eliminate ageist provisions from legal and regulatory frameworks. Mandatory retirement ages are an example of regulation that excludes older persons from the labour market. In the United Kingdom for example the default retirement age of 65, which had been introduced in 2006 and had allowed employers to terminate or deny employment to workers above this age, was subsequently revised.

Measures need to be taken to monitor compliance with equality acts and laws.  A project in Netherlands called “Vacancies for all ages” provides employers with a checklist to clarify what is allowed and what is prohibited in the text of a vacancy notice. Employers are notified if there are any age-discriminatory components in their ads for vacancies.

Several countries in the UNECE region have developed information and awareness-raising campaigns. One example from Belgium is the campaign “Still young or already old at work?”, which aims to change the attitudes toward older workers through TV slots, newspaper ads, and websites.

In the Republic of Moldova, tools were developed to transfer knowledge between senior specialists and younger employees, and to reduce prejudice and negative stereotypes by increasing intergenerational contacts at the workplace.

A frequently used policy strategy is to provide financial incentives to employers who agree to hire older jobseekers. In Slovakia, for example, financial subsidies are provided to companies that create job vacancies for disadvantaged jobseekers over the age of 50.

Tackling ageism in the labour market will help to form age-inclusive and age-diverse workplaces that offer equal opportunities for all generations. This will contribute to enabling longer working lives and ability to work in the region’s ageing societies to make the most of the potential of longevity.

UNECE has published a number of Policy Briefs on Ageing that provide policy strategies and solutions to enhancing older worker’s opportunities in the labour market and promote active ageing: https://www.unece.org/population/ageing/policybriefs.html

Enabling longer working lives and the ability of work is a priority on the ageing-related policy agenda. The Lisbon Ministerial Declaration that was adopted by UNECE member States in 2017 calls for several measures in this regard.

Combating ageism in the world of work contributes to implementing the 2030 Agenda for Sustainable Development, specially to achieving SDG 8 which calls for sustained, inclusive and sustainable economic growth, full and productive employment and decent work for all, and SDG 10 which seeks to reduce inequalities, and SDG 16 which promotes peaceful and inclusive societies and access to justice.