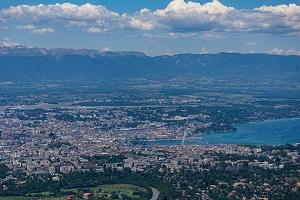 With the review of the amended Protocol to Abate Acidification, Eutrophication and Ground-Level Ozone (Gothenburg Protocol) well underway, expert groups under the UNECE Air Convention are now collecting information to assess the effectiveness of measures.

The amended Protocol establishes legally binding emissions reduction commitments for 2020 and beyond for the major air pollutants: sulphur dioxide (SO2), nitrogen oxides (NOx), ammonia (NH3), volatile organic compounds (VOCs) and fine Particulate Matter (PM2.5). With 24 Parties to date, the amended Protocol is already supporting action for clean air in a number of countries.

At the seventh joint session the scientific bodies under the UNECE Convention on Long-range Transboundary Air Pollution, Steering Body to the Cooperative Programme for Monitoring and Evaluation of the Long-range Transmission of Air Pollutants in Europe (EMEP) and the Working Group on Effects (WGE), held virtually this week (13-16 September 2021), experts discussed the scientific inputs to the review of the Gothenburg Protocol. In particular, they discussed emission trends, effects on ecosystems, health, materials and crops.

Emissions of sulphur dioxide and nitrogen oxides declined significantly from the 1990s onward, based on concentrations in air measured at EMEP monitoring sites. Since 2000, there has been significant reductions in concentrations in PM10 and PM2.5 (on average -1.7 and -2.3 per cent per year at EMEP long-term observational sites). However, there are still large exceedances of the WHO Air Quality Guidelines for PM10 and PM2.5 and of the critical loads of eutrophication in most parts of the region. Eutrophication describes the process of nitrogen loading of soils or waters, which often leads to a cascade of negative effects, such as algae blooms in waters.

While ground-level ozone peaks have declined systematically, annual mean background concentrations of ozone have increased over the 2000-2018 period. Meeting the emission reduction obligations for ammonia appears to be most challenging. Additional ammonia measures are required, which need – in some cases – to include non-technical measures.

There are still risks of eutrophication as a result of nitrogen deposition for more than 50% of Europe’s ecosystems. Therefore, emission reductions of nitrogen need to be greater to allow ecosystems recovery and prevent, among other issues, effects of nutrient imbalances on surface and groundwater quality, on biodiversity, on trees and on the resilience of forests to stress factors such as drought or insect infestation.

In addition, leaf damage attributable to ozone has been detected on several species, mostly broadleaves, especially in Eastern and South-Eastern Europe.

Methane proves to be the main driver behind increasing background ozone levels. Increases in global methane are expected to more than offset projected reductions of nitrogen oxides (NOx) and volatile organic compounds (VOCs) emissions – precursors of ground-level ozone – in Europe and at least partially offset reductions of NOx and VOC emissions in North America.

Experts discussed mitigation strategies for methane emissions according to regions. In Europe, measures in the waste sector have the largest potential. In Eastern Europe and Central Asia, measures in oil and gas sector, and in the US measures in gas production can deliver most of the abatement potential. In all regions, emissions from agriculture (especially from cattle) tend to be a source with a low technical abatement potential. The results of these discussions will inform the forty-first session of the Executive Body under the Air Convention (6-10 December 2021).