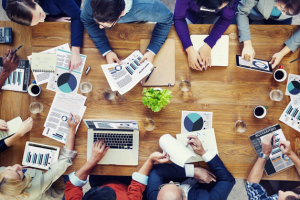 The population of the UNECE region is ageing: one in four people will be 65 years old or above by 2050 compared to one in six today. Population ageing has social and economic implications for which societies need to prepare. This requires a coordinated, whole-of-government and whole-of-society effort to bring societies and economies into harmony with demographic change, otherwise known as ‘mainstreaming ageing’.

This year marks the 20th anniversary of the adoption of the Madrid International Plan of Action on Ageing and its Regional Implementation Strategy for the UNECE region, in which UNECE member States first committed to mainstreaming ageing through the systematic integration of ageing issues in all policies at all levels. As governments prepare to review advances and remaining challenges at the UNECE Ministerial conference on ageing in June, a new Policy Brief on Ageing launched this week highlights progress made and calls for further action across seven key areas to enhance societal adaptation to population ageing:

Leadership at all levels is key to enhancing awareness and enabling a concerted and coordinated response. Preparing for and adapting to population ageing is a cross-cutting responsibility for governments and society as a whole. It should be anchored in the longer-term government strategies for sustainable social and economic development. Some countries in the UNECE region, including Hungary, the Republic of Moldova, Spain and Turkey, have started integrating ageing-related concerns in their national sustainable development strategies.

Several intergovernmental leadership initiatives at regional level also recently raised political attention on ageing and demographic change. These include the Trio-Presidency of the Council of the European Union held by Germany, Portugal, and Slovenia in 2020-2021 that put emphasis on the human rights of older persons in the digital era, mainstreaming ageing, and intergenerational cooperation in combating ageism. In December 2021, Bulgaria hosted a Ministerial Conference on Shaping Europe’s Demographic Future that launched a Decade of Demographic Resilience facilitated by the UNFPA Regional Office for Eastern Europe and Central Asia.

The establishment of effective coordination mechanisms is key to raising awareness, joint ownership, and accountability for actions to prepare societies for population ageing. Many countries have established inter-ministerial commissions, councils or advisory groups on ageing (e.g. Bulgaria, Czech Republic, Finland, Slovakia). The policy brief recommends strengthening the governance and inter-ministerial coordination and collaboration on ageing, for example by nominating focal points on ageing across ministries and levels of government.

The systematic consideration and integration of ageing aspects across government policies necessitates agreed procedures and methods. While methods such as gender analysis gender impact assessments and gender budgeting have been developed and tested in the field of gender mainstreaming, procedures for age-sensitive analysis, age impact assessments and age-responsive budgeting would allow the systematic assessment of potential impacts of new laws and policies on different age groups or their contribution towards societal adaptation to population ageing. Examples of existing approaches include a ‘demography check’ of new laws applied in Germany or Gender-based Analysis Plus in Canada.

To strengthen capacity for mainstreaming ageing, there is a need for clear mandates, agreed procedures and adequate resources as well as know-how on ageing and the anticipated impacts of population ageing on different policy domains. Training on the implications of population ageing and mainstreaming methods for government staff are an important precondition in ensuring that ageing is considered across government policy.

The knowledge and evidence base on population ageing and its impact on the economy and society needs to be strengthened through research, ageing-related and age-disaggregated data collection and analysis. This information must also be easily available to inform new policies. Examples range from a new Demography Atlas developed by the European Commission to demographic profiles for local municipalities to inform local policies (e.g. in Norway).

Broad stakeholder involvement and meaningful participation is a central pillar of mainstreaming efforts as population ageing concerns all sectors and generations. Mechanisms include multi-disciplinary advisory boards on ageing that have been established in many countries, and national and local older people’s councils and youth councils (e.g. in Austria, Denmark, Ireland, Poland, Slovakia and Turkey).