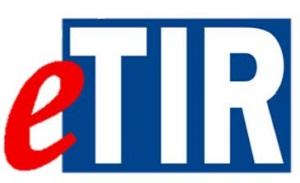 The legal provisions providing the legal basis for the complete digitalization of the United Nations TIR Convention (the so-called eTIR) - the only global customs transit system, facilitating trade and the seamless and secure movement of goods across borders –will enter into force on 25 May 2021.

None of the 76 Contracting Parties to the TIR Convention has communicated an objection to the proposals, adopted last year, to amend various provisions of the body of the TIR Convention and introducing new Annex 11 on eTIR, as notified by the Secretary-General of the United Nations, acting in his capacity as depositary, on 3 March.

eTIR will thus become a reality, opening new applications for the TIR system, in particular in the area of intermodal transport.

Already, 48 contracting parties out of 76 have expressed their interest in initiating   discussions/projects on the interconnection of their national customs systems with the eTIR international system. These include, the following 16 countries: Armenia, Azerbaijan, Georgia, India, Iran (Islamic Republic of), Israel, Lebanon, Montenegro, Morocco, Pakistan, Qatar, Republic of Moldova, Tunisia, Turkey , Ukraine and Uzbekistan; the European Union, in representation of its 27 members States (all are   contracting parties), which is in the process of finalizing, in cooperation with the secretariat, a proof of concept to interconnect its New Computerized Transit System (NCTS) with the eTIR international system; and the Russian Federation, which  has requested the secretariat to start working on a proof of concept for the member states of the Eurasian Economic Union (5 contracting parties).

“I invite all contracting parties to the TIR Convention to start implementing the interconnection of their national customs systems with the eTIR international system as soon as possible, to make the most of its enhanced efficiency and security” said UNECE Executive Secretary Olga Algayerova.

The TIR system, used by over 34,000 transport and logistic companies already reduces cross-border transport time by up to 80%, and costs by up to 38%. eTIR will not only provide a facilitated procedure for transport companies but will also further secure the TIR system for the benefit of all customs administrations and transporters using it. In addition, it will make the TIR system more competitive and efficient, since all customs authorities involved in an eTIR transport along a given itinerary (customs en route and destination) will be informed in advance, electronically and in a matter of seconds, through the dispatch of so-called advance TIR data by a TIR transporter, about an upcoming TIR declaration.

The eTIR international system (customs to customs) aims at ensuring the secure exchange of data between national customs systems about the international transit of goods, vehicles or containers according to the provisions of the TIR Convention and to allow customs to manage the data on guarantees, issued by guarantee chains to holders authorized to use the TIR system. These benefits have been demonstrated in the eTIR pilot projects run since 2017.

Furthermore, as countries recover from the COVID 19 pandemic, the implementation of eTIR will ensure that borders will remain open without spreading the virus, by keeping drivers and customs officers safe and healthy, since it provides seamless, paperless and, therefore, contactless border crossing operations.

A brochure of the eTIR international system can be download here in English, French and Russian.