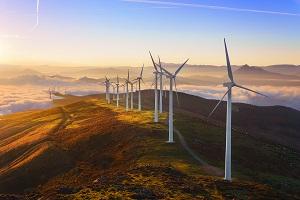 After months of the COVID-19 crisis challenging healthcare systems and undermining economies, governments worldwide are looking for ways to jump-start the economic recovery. Without factoring in environmental concerns, recovery packages risk undermining the foundations for sustainable development, aggravating pollution and other environmental challenges, and jeopardizing progress towards carbon neutrality.

The origins of the Convention date back to the 1980s. At that time, countries from both the eastern and western bloc were starting to show a growing desire for cooperation to tackle common challenges across borders, such as air and water pollution. In parallel, environmental impact assessment was already becoming an established tool to reduce environmental damage domestically.  In line with the provisions of the 1975 Helsinki Final Act of the Conference on Security and Cooperation in Europe, UNECE was chosen to support discussions on how to extend its use across national borders. Inspired by a visionary report by Mr. Robert Connelly, from the Canadian Environmental Assessment Agency, a seminar held in Warsaw in 1987 concluded with the need to develop an agreement on environmental impact assessment in a transboundary context. Following several years of negotiations, the Convention was adopted in Espoo, Finland, on 25 February 1991. It entered into force in 1997.

The Convention was one of the first legal instruments to address environmental issues horizontally. Aside from protecting the environment, it has helped countries improve their environmental governance, through enhanced transparency and consultation of authorities and the public in planning and decision-making. Better-informed and better accepted decisions have helped avoid costly mistakes.  The Convention’s implementation has also helped prevent later misunderstandings and potential disputes, contributing to good neighbourly relations amongst its now 45 Parties across Europe – including the European Union –, the Caucasus, Central Asia and North America.

The Convention was also among the first international treaties to grant the public rights related to access to information and public participation regarding proposed activities, their environmental effects and related decision-making processes. Its detailed provisions offer a practical means to support inclusive and transparent environmental governance. NGOs are closely involved in raising awareness of the Convention and its benefits, and often act as “watchdogs” by referring to the Implementation Committee information on Parties’ alleged non-compliance with their obligations. I commend their continued engagement in making full use of the Convention’s principles.

As we celebrate its 30th anniversary - a high-level event was held last week at the 8th session of the Meeting of the Parties - the Convention continues to provide clear procedures and opportunities to prevent, reduce and control significant adverse transboundary impacts of planned activities in areas as diverse as energy, transport, industry and mining, as well as agriculture, forestry, water and waste management. Examples of application extend to power plants, in particular nuclear power plants, and cross-border infrastructure projects.

The adoption last week of Guidance on the applicability of the Convention to the lifetime extension of nuclear power plants demonstrates its acute relevance. With some 100 nuclear reactors reaching the end of their original life cycle in Europe in the coming 10 years, the guidance will help countries that plan to extend the operation of these plants to address complex issues associated with related transboundary environmental impact assessment procedures.

Even as a regional treaty, with no equivalent elsewhere in the world, the Convention has also shaped environmental law at the global scale, ever since its adoption. Some of the Rio Declaration principles adopted in 1992 closely followed the main elements of the Convention. Some of its provisions were further echoed in the International Court of Justice’s judgement in 2010, recognizing that under general international law all States have an obligation “to undertake an environmental impact assessment where it is a risk that the proposed industrial activities may have a significant adverse impact in a transboundary context, in particular, on a shared resource”.

The growing worldwide interest in environmental assessment is a testament to what can be achieved by working together through the Convention. To help even more countries harness its benefits, the Convention is now being opened up for accession by all the Member States of the United Nations.  I call on countries to embrace the Convention’s integrated, cross-sectoral and participatory approach to drive their green recovery, towards the implementation of the 2030 Agenda for Sustainable Development.