Convention on Environmental Impact Assessment in a Transboundary Context 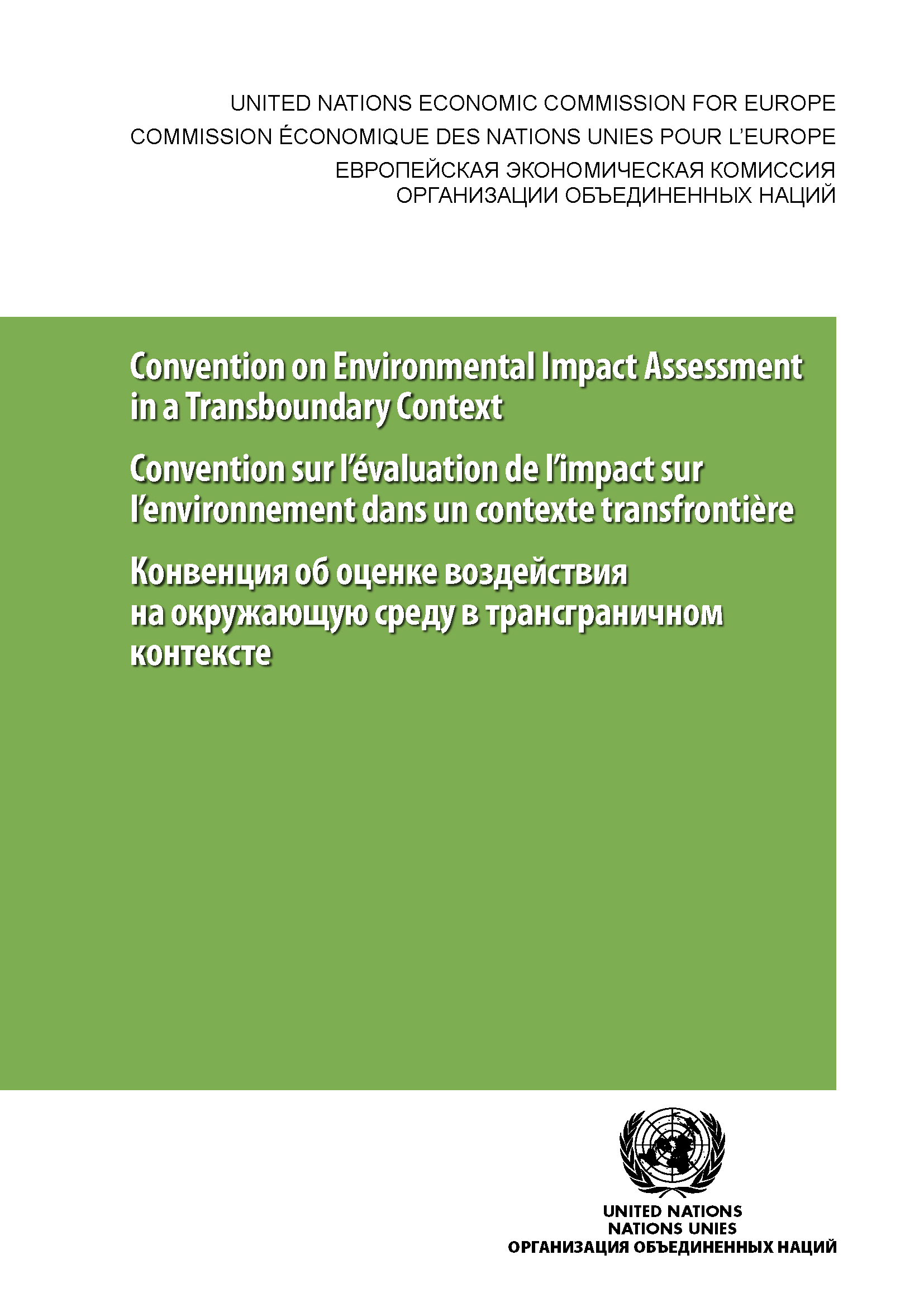 The publication contains the authentic text of the Convention on Environmental Impact Assessment in a Transboundary Context (Espoo Convention)  as amended on 27 February 2001 and on 4 June 2004 in English, French and Russian. The second amendment to the Espoo Convention (adopted in 2004) entered into force on 23 October 2017.

The Espoo Convention sets out the obligations of Parties to assess the environmental impact of certain activities at an early stage of planning. It also lays down the general obligation of States to notify and consult each other on all major projects under consideration that are likely to have a significant adverse environmental impact across boundaries (see some examples).