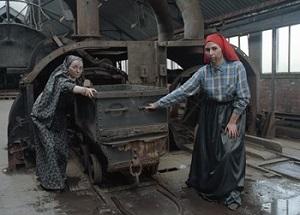 The transition to a decarbonized energy sector is a critical step for keeping global warming below 2°C. To succeed, countries will need to phase out, or at least substantially limit the use of coal.  While the benefits of the green transition are numerous, it will require a deep structural shift that will dramatically change current patterns of energy production and use. Expectedly, this shift will directly affect coal-related industries, their workers and the dependent communities and regions. The shift can also, however, unexpectedly and adversely impact women in the region. As part of this transition, therefore, the well-being of all parties involved, including women, should be considered equally along with environmental concerns. The UNECE Group of Experts on Coal Mine Methane and Just Transition is examining ways to ensure such a just transition, one that is green but also economically feasible, socially acceptable, and equitable across genders.

While it might not be obvious at first glance, poorly planned mine closures are likely to have a significant impact on women and girls. Personal and safety issues, reduced access to health care and other social services, exacerbation of inequality in workforce demographics and wages, and disadvantages through inadequate inclusion in the workforce, community transitions, and retaining programmes are just a few examples of negative consequences for women and girls from a badly conducted transition.

To avoid any such negative consequences, close collaboration between industry, governments, and the affected communities is essential. Planning the closure of a mine is a lengthy process that needs to start far in advance. It is important that the workforce and the local community are prepared for the transition. Such readiness can be achieved through building resilience and undertaking organized efforts to broaden the skill set of the social groups particularly exposed to any negative consequences of the upcoming changes, thus strengthening their position in the future job market. In order to gain people’s acceptance of, and support for, the advocated policies, building trust and a sense of ownership of the proposed solutions is key. Securing stakeholder buy-in happens through open communication and inclusiveness in decision-making, essential elements for ensuring that the transition is just and does not leave anyone behind.

Leaving aside the challenges of the upcoming transition that women face, it is important to recognize that their current position in the mining sector is already quite difficult. They are severely underrepresented in that industry, which brings a much weaker bargaining position and gives their problems much less visibility to employers, regulators, and decision-makers. Research recently conducted by the Responsible Mining Foundation not only confirmed the unprivileged position of women in the sector, but also highlighted that gender-matters are still off the agenda of mining companies. The results showed that, for mining companies, addressing such issues is most often optional rather than obligatory, as gender-related matters are rarely included in the legal framework or the environmental, social, and governance (ESG) standards. In other words, including the gender dimension in strategies or codes of conduct of the companies, requires their management to go beyond what is formally expected of them. A number of mining companies are leading the charge on this, but they are in the minority. The very first step to improving the situation of women in the mining industry is to ensure that the current discriminatory regulations are repealed and replaced by laws that require gender equality. Such laws then need to be enforced.

The Chair of the Group, Mr. Raymond Pilcher, noted the concept of Just Transition has its roots in the US labour movement of the 1960s but has evolved to encompass the expected response that governments and the private sector owe to workers and their communities when asked “what happens to our community after our coal mines and coal fired-power plants are closed, jobs disappear, and our future is uncertain?” The term embodies the recognition that societies face the challenges that accompany transformation of the energy sector and are exposed to challenges impacting individuals as well as the whole communities. Worldwide these changes impact skilled and unskilled labour alike, but the latter is more likely to experience greater difficulties in finding work. In addition, more often than not, when men lose jobs at mines, women bear a disproportionate share of the economic challenges. Loss of high paying mining jobs by men who traditionally have been the sole breadwinners of the families oftentimes requires wives and mothers to find additional work outside of their homes to provide financial income that their husbands or sons were deprived of. Ultimately, a Just Transition is about strategies and programmes to help families survive and thrive in the aftermath of the energy transition.

The Group of Experts on Coal Mine Methane and Just Transition is dedicated to engaging with all stakeholders to develop strategies and business models for successful, inclusive, and just transition of the coal mining sector towards the green economy.

To learn more about the recent session of the Group, please visit the meeting webpage.

The Group’s work on gender-related matters in the coal industry can be found here.