From risk to resource: waste can contribute to sustainable development 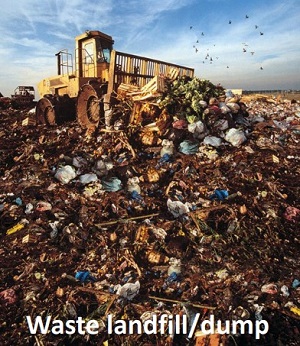 Waste is a challenge waiting to be transformed into an opportunity that can help achieve the goals of the 2030 Agenda for Sustainable Development.

On 14 April 2017, as Sri Lanka was celebrating its traditional new year, a mountain of waste lying on the northeastern edge of Colombo collapsed. The resulting landslide buried 145 homes, killing 30 people including six children. Eight people were killed and dozens injured when a similar waste heap landslide occurred on 22 August 2017 in Conakry, the capital of Guinea. A landslide in a waste dump in New Delhi, India, on 1 September 2017 led to the death of two people and left many injured. All these accidents followed heavy rainfall that de-stabilized the vast mountains of waste. In 2016, it was estimated that more than 750 people died worldwide due to such accidents.

With rapid urbanization taking place in many countries, waste heaps have become a threat to people living in large cities. These festering dumps are associated with severe health hazards to a larger population. They pollute water and soil. Significant methane emissions from waste dumps contribute to global warming and may lead to violent explosions.

By 2025, about 10 per cent of global greenhouse gas emissions will be from waste landfills if no action is taken. The World Bank estimates that global waste management costs will rise from US$ 205 billion per year in 2010 to US$ 305 billion by 2025.

“Waste mountains … are actually misplaced treasures”, said Shao Zheru of Everbright International (China), speaking at the 26th session of UNECE’s Committee on Sustainable Energy in Geneva on 27 September. “Excellent progress in terms of cost-effectiveness and environmental performance has been made in the technologies for recovering energy from wastes”. The Committee discussed conversion of waste into resources that can contribute energy and raw materials during a dedicated panel session.

“About 3.6 million tons of municipal solid wastes are produced every day around the world,” said Richard Fish of AlterNRG (USA). “If we could convert it all, the waste generated daily could produce energy equivalent to 3 million barrels of oil per day or could support 178 gigawatts of electricity production. Advanced thermal treatment methods can divert up to 98 per cent of solid municipal wastes to recover energy – essentially eliminating the need for landfills”.

In a world where one in five people do not have access to clean electricity, this could be an attractive option. Solutions such as this cannot be ignored if the world is to meet UN Sustainable Development Goal (SDG) 7 on providing clean and affordable energy for all by 2030.

Energy is not the only value that can be recovered from wastes. Large volumes of mining, processing and industrial wastes are produced on a daily basis all over the world. For example, fertilizer production creates vast quantities of phosphogypsum every year. Due to its natural radioactivity, this material is considered to be a hazardous waste in some countries. However, this ‘waste’ is also known to contain valuable raw materials, such as rare-earth elements (REE).

“A typical four-megawatt wind turbine requires about 2 tons of REE”, said Michael Haschke, DMT and Chair of the UNECE Expert Group on Resource Classification (EGRC) Mineral Working Group. “A substantial amount of source rock material has to be mined and chemically processed to recover this amount of REE for just one windmill, and the continued shift to more wind energy across Europe will further drive the demand for REE, so that waste material such as phosphogypsum may become a sought-after resource of REE”.

Phosphogypsum however holds another critical ingredient – radium. The radium in phosphogypsum is one reason for its natural radioactivity, but the radium can be processed and converted into an ingredient for medical products that can treat cancer.

Waste policies in many countries aim to minimize the negative effects from the generation and management of waste on human and environmental health. In many cases, this requires reduction, recovery, reuse, recycling before disposal can be considered as an environmentally friendly and economically viable option. Reducing the need for landfills goes together with boosting recycling and recovery. “Currently no standard methodology exists to assses the resource potential in wastes and to communicate the barriers to recovery projects and how to overcome them” remarked Ulrich Kral of Technische Universität Wien (Austria).

UNECE’s Expert Group is preparing specifications and guidelines for Anthropogenic (man-made) Resources through the United Nations Framework Classification for Resources (UNFC), which will provide the universal standard that is needed to limit the negative impacts of waste and capitalize on its wide-ranging potential.

“This will be useful for companies in managing their project portfolios, governments to make appropriate policies, and the financial sector in channelling investments”, said David MacDonald, BP and Chairman of UNECE’s EGRC. “Such a structured approach using UNFC will also help address the problem of NIMBY (Not In My Backyard)”, which is typical for waste-to-wealth projects.

Waste mountains kill hundreds of people every year. With judicious management using UNFC, these death-traps can produce life-saving drugs or supply energy that can contribute to well-being.