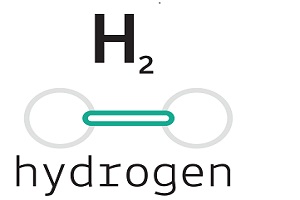 Combined with electricity from renewable sources, hydrogen has the potential to replace hydrocarbons in the UNECE region by 2050. Hydrogen can be used in transport, homes, industry, and power generation as part of an integrated service-based society.

Hydrogen has been produced and used in huge quantities for many years. However, hydrogen as an energy vector is a recent development. Hydrogen does not exist in nature as a free element, so it must be produced, transported and stored before being converted to electricity, heat, or used as a raw material to supply industry.

Currently, some 95 per cent of hydrogen is produced from natural gas or other hydrocarbons. This so-called ‘brown’ hydrogen is used to make fertilizers and other chemicals. Significant quantities of CO2 are released during production, but these could be addressed through carbon capture and storage (CCS). With the addition of CCS, hydrogen extracted from hydrocarbons is considered ‘blue’. Hydrogen also can be produced by electrolysis of water. If the electricity used for the electrolysis is produced from renewable energy, then such hydrogen is considered ‘green’. There is also ‘black’ (produced from coal) and ‘yellow’ hydrogen (from electricity coming from nuclear plants).

Over recent years, several UNECE member States have adopted hydrogen strategies, and many others are in the process of preparing one. On 8 July 2020, the European Commission announced its “Hydrogen strategy for a climate-neutral Europe”. The objective is to boost clean hydrogen production in Europe and develop many possible applications that would reduce greenhouse gas emissions across industry, transport, power and buildings sectors. Germany and France have both announced multi-billion euro investments.

In July 2020, the United States Department of Energy published its “Hydrogen Strategy – Enabling A Low-Carbon Economy” that presents its strategic plan to accelerate research, development and deployment of hydrogen technology.

UNECE can support the efforts of member States by providing a platform for exchange of knowledge and experience and by developing standards and best practices throughout the hydrogen value chain. At its next session in November, the Committee on Sustainable Energy will discuss hydrogen, exploring questions such as:

To facilitate these discussions, UNECE’s Group of Experts on Gas prepared a note on “Hydrogen – an innovative solution to carbon neutrality”, with key recommendations for member States to consider:

The note invites the gas industry to retrofit and repurpose the existing gas infrastructure, and to support the development of guidelines for UNECE-wide harmonization of regulations, uniform standards, definitions and technical rules that govern natural gas and hydrogen blending.