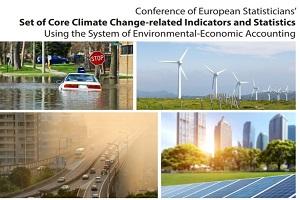 UNECE today publishes a Set of Core Climate Change-related Indicators and Statistics, along with a set of Implementation Guidelines, both endorsed by the Conference of European Statisticians (CES).

Climate change is an existential threat and poses an immense challenge for humanity. A better understanding of all its aspects is crucial to decide on the best course of action.

As COP26 approaches, therefore, decision-makers, climate activists and businesses across the world are looking more than ever at figures related to climate change. Reliable information is needed not only on the measurements and models that show the climate is changing, but also on the many related aspects: the main drivers of change, such as fossil fuel consumption and other sources of greenhouse gas emissions; the measurable impacts, such as water levels and species losses; mitigation efforts, for example money spent on renewable energy and promotion of a circular economy; and adaptations, including changes in resource use patterns and agricultural practices.

Minimizing the extent of climate change, reducing its impacts and better adapting to the changes it brings all depend upon high-quality statistics that can serve as benchmarks for setting goals and monitoring progress. The Paris Agreement is built around individual climate plans from all governments – nationally determined contributions (NDCs) – on which governments will track and report their progress towards the implementation and achievement of these plans under the enhanced transparency framework (ETF). The CES Indicator Set provides the foundation for countries’ statistical offices to produce such data. It will support the implementation of the Paris Agreement and can be a useful tool for countries in their climate reporting to the United Nations Framework Convention on Climate Change (UNFCCC).

The Set of Core Climate Change-related Indicators and Statistics

It also proposes corresponding contextual and operational indicators, helping to interpret the core set in national and global contexts and to provide more details according to national circumstances and priorities.

Placeholders had to be included for an indicator measuring the contribution of forestry to climate change adaptation and for an indicator measuring the impact of climate change on biodiversity. Both areas are highly relevant, but the Task Force could not identify appropriate indicators after consulting with international subject matter experts. The two placeholders need further work.

The indicators were developed by a Task Force of experts from across the UNECE region, as a result of calls made in the 2014 CES Recommendations on Climate Change-related Statistics. The selection of the indicators followed a careful vetting process based on the criteria of policy relevance, methodological soundness and data availability. The result is the recommended set of climate change-related indicators to be compiled and published in the CES member countries.

The indicator set is accompanied by practical guidelines on producing the indicators within the contexts of different national policy priorities and data availability.

The publications are released ahead of the UNECE Expert Forum for Producers and Users of Climate Change-related Statistics, which will take place in Geneva and online from 31 August to 3 September. These annual expert forums bring together not only producers but also users of climate change-related statistics, helping statisticians to gather and respond to the needs of those who actually use the information.

About statistical cooperation at UNECE

The Conference of European Statisticians (CES) brings together the heads of the national statistical offices of UNECE member States, OECD member countries and beyond, including from as far afield as Argentina, Brazil, Ecuador and Mongolia. These chief national statisticians, along with statisticians from international organizations including OECD, Eurostat, the International Monetary Fund, World Bank, CIS-Stat, EFTA, the European Central Bank, and a variety of UN agencies, form the governing body for statistical work in the UNECE region.

The ETF will introduce enhanced scope and depth of climate data collection, processing, analysis, compilation and reporting. Governments have the flexibility to tailor their institutional arrangements to their national circumstances, existing organizational mandates and priorities.

The level of participation of National Statistical Offices (NSOs) in the institutional arrangements for climate reporting and transparency may vary among countries.•

Many countries are now assessing how domestic entities collaborate to collect, manage and report climate information and data.

Under ETF, it is mandatory for all governments to report in biennial transparency reports (BTRs) on climate action and support, undergo a technical expert review of their BTRs as well as a facilitative multilateral consideration of progress. Parties are to submit the first BTR under ETF no later than 31 December 2024 and subsequent reports every two years thereafter. 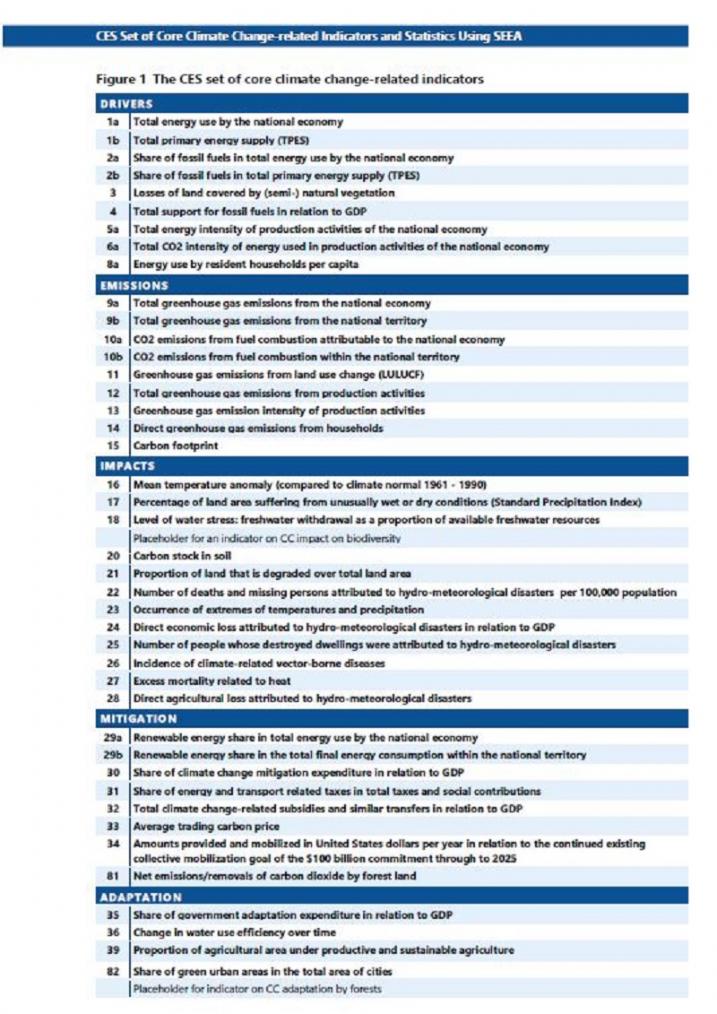