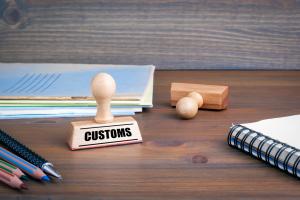 Through recommendations of its subsidiary body, the United Nations Centre for Trade Facilitation and Electronic Business (UN/CEFACT), UNECE has contributed to the elaboration of the new regulation that establishes the European Union Single Window Environment for Customs.

The new regulation entered into force on 12 December 2022 and became part of the EU’s acquis communautaire. This successfully completed years of work establishing the legal ground for a single window for export, transit and import clearance in the EU. It also marks an important milestone for the implementation of the Trade Facilitation Agreement of the World Trade Organization (WTO), which encourages the establishment of such systems.

UNECE engaged with the European Commission’s Directorate General on Taxation and Customs (DG TAXUD) through its capacity-building and regional advisory services on the topic. DG TAXUD commended the excellent cooperation with UNECE and UN/CEFACT.

UN/CEFACT has developed at least five recommendations directly linked to the development of single window systems:

Considering that single window operations depend on the harmonization and alignment of semantic standards for electronic data exchange among various stakeholders in the supply chain, the use of UN/CEFACT standards and reference data models are crucial for interoperability within and among single window systems.

The Chair of UN/CEFACT called the regulation a great step forward, and noted that UN/CEFACT is looking forward to assisting the EU TAXUD with mapping of  the international standards for regulatory certificates and permits via its recently published Cross-Border Reference Data Model (CBM RDM), which offers a cross-border management view of the UN/CEFACT Buy Ship Pay global supply chain reference data model (BSP RDM) representing the exchanged data used on the private side of a Single Window.

The UNECE Report on Sustainable and Digital Trade Facilitation of 2021 highlights that while 41 out of the 44 surveyed countries in the region have implemented measures in support of electronic single window with diverse implementation rates, only five countries have reached full roll-out, namely Azerbaijan, Georgia, The Netherlands, North Macedonia and Norway.

Looking ahead, UNECE will continue to provide guidance on the establishment and operation of these mechanisms, through its Trade Facilitation Implementation Guide and targeted technical assistance activities.

UNECE also continues to undertake specific collaboration with the European Commission to standardize data and document exchange along supply chains. On 22 December 2022 it will organize capacity-building for Ukraine and other transition economies on the Electronic Freight Transport Information Regulation (eFTI), which will make a link between the eFTI and customs single window environments.