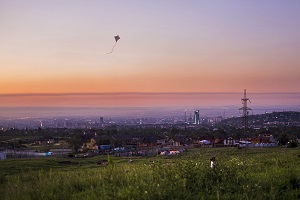 On 27 January 2020, Kazakhstan acceded to the UNECE Protocol on Pollutant Release and Transfer Registers (PRTRs) to the Convention on Access to Information, Public Participation in Decision-making and Access to Justice in Environmental Matters (Aarhus Convention), becoming the thirty-seventh Party to the Protocol. Kazakhstan is the first country in Central Asia to accede to the Protocol.

UNECE welcomes Kazakhstan to the PRTR family and is confident that the country will greatly benefit from the solid framework provided by the Protocol and from exchange of experience with other Parties thereto. Kazakhstan is now expected to elaborate further its national PRTR based on the best available examples of implementation.

A PRTR is a national environmental database or inventory of potentially hazardous chemical substances released to air, water and soil and transferred off-site for treatment or disposal. By enhancing transparency and accountability, PRTRs can play a central role in promoting peaceful and inclusive societies and good governance (Sustainable Development Goal 16) across the 2030 Agenda for Sustainable Development. PRTRs can also make a major contribution to achieving specific Sustainable Development Goals, in particular Goals 3 (good health and well-being), 6 (clean water and sanitation), 9 (industry, innovation and infrastructure), 11 (sustainable cities and communities) and 12 (sustainable consumption and production).

Accession to the Protocol will help Kazakhstan to establish transparent and effective reporting by industry on pollutant releases and waste transfers and to provide public access to related information. It will also support the Government’s efforts to promote a green and circular economy. In addition, using PRTRs for reporting obligations of other national and international instruments (for example, multilateral environmental agreements) will, in turn, help companies and authorities in Kazakhstan to save resources and avoid duplication of efforts.

The Protocol is the only legally binding international instrument on PRTRs. Adopted on 21 May 2003 in Kyiv, it entered into force and became legally binding for its Parties on 8 October 2009. The Protocol has now been ratified by 36 countries and the European Union. All States Members of the United Nations can accede to the Protocol, regardless of whether they have ratified the Aarhus Convention or are members of UNECE. It is, by design, an open, global treaty.

For further information on the Aarhus Convention, its amendment on genetically modified organisms and the Protocol on PRTRs, please visit:  www.unece.org/env/pp/welcome.html