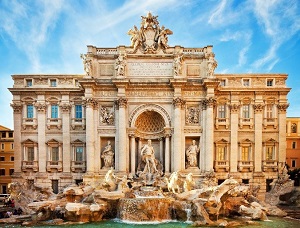 Twenty years after its adoption in 1998, the UNECE Convention on Access to Information, Public Participation in Decision-making and Access to Justice in Environmental Matters (Aarhus Convention) remains a model example of the application of the concept of “environmental democracy” as enshrined in Principle 10 of the Rio Declaration on Environment and Development.

At the same time, the anniversary serves as a reminder to recall the significance of democratic values for our societies and for sustainable development more broadly. This is especially important in a context where some societies are experiencing trends moving away from these values and towards greater restrictions on civil and political liberties. Environmental activists are increasingly the targets of repressive measures and retaliatory actions. It is crucial that people exercising their environmental rights do so free from fear. The Budva Declaration adopted last year at the sixth session of the Meeting of the Parties to the Convention addresses this critical issue and demonstrates strong commitment by Parties to the Aarhus Convention to promote environmental democracy throughout efforts to deliver on the 2030 Agenda on Sustainable Development.

In light of this anniversary, UNECE Executive Secretary Olga Algayerova stated “Twenty years after its adoption, the Aarhus Convention remains the only legally-binding global agreement putting the principles of environmental democracy into action. The growing interest in the Convention’s model in countries around the world, particularly in Latin America and the Caribbean, confirms the universal importance of environmental rights – to information, participation and justice – which are at the heart of sustainable development. UNECE stands ready to share its experience gained in over 20 years of servicing the Aarhus Convention as together with governments, the public, civil society and all stakeholders, we continue to build the sustainable future set out in the 2030 Agenda.”

On 15 and 16 May 2018 in Rome, Italy, key past and present players, including Government representatives, civil society and other stakeholders, are gathering to discuss main achievements and lessons learned over the last 20 years as well as future challenges and objectives of the Convention’s implementation. This forum is organized by the Ministry for the Environment Land and Sea of Italy, which has been a strong supporter of the Aarhus Convention from its negotiation to its global promotion today, in cooperation with the secretariat of the Aarhus Convention and the European Environmental Bureau.

The anniversary event is held at Chiostro del Bramante, Via Arco della Pace 5 – 00187 in Rome.For further information on the Aarhus Convention, please visit: http://www.unece.org/env/pp/welcome.html     or contact:Ella Behlyarova, Secretary, Convention on Access to Information, Public Participation in Decision-making and Access to Justice in Environmental Matters (Aarhus Convention).
Tel: + 41 22 917 2376E-mail: ella.behlyarova@un.orgNote to editorsThe Aarhus Convention was adopted in Aarhus, Denmark, in June 1998 and entered into force in October 2001.