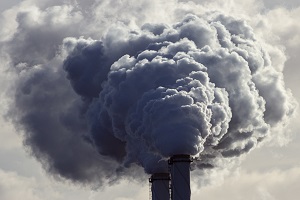 Air pollution kills 7 million people every year according to WHO data. It is by far the world’s largest single environmental health risk and a leading cause of death by cancer. Air pollution is also closely linked to climate change and is a major cause of environmental degradation, threatening almost two-thirds of Europe’s ecosystems. This makes air pollution a critical barrier for sustainable development.

Monday 7 October will mark an important step in international efforts to address this challenge with the entry into force of amendments to the Gothenburg Protocol, adopted in 2012, in 18 countries in Europe and North America: Bulgaria, Canada, Croatia, Cyprus, Czechia, Finland, Germany, Latvia, Luxembourg, the Netherlands, Portugal, Romania, Slovakia, Spain, Sweden, Switzerland, the United Kingdom and USA, and the EU. Further UNECE member States are expected to ratify the Protocol in the coming months.

The amended Protocol is already supporting action for clean air in a number of countries. For EU member states, 2020 and 2030 reduction commitments under the revised National Emission Ceilings Directive from 2016 (NEC Directive), together with reporting mechanisms used to monitor countries’ progress, are based on the amended Gothenburg Protocol.

UNECE Executive Secretary Olga Algayerova stated: “The Air Convention, which this year celebrates 40 years of successful cooperation to tackle air pollution, remains the only regional policy solution of its kind anywhere in the world. UNECE, together with Parties to the Convention, will continue to promote ratification and implementation of the amended Gothenburg Protocol by other countries in the region, particularly in Eastern and South-Eastern Europe, the Caucasus and Central Asia, as well as cooperation with other regions.”

Chair of the Air Convention, Anna Engleryd, stressed that “the entry into force of the amended Gothenburg Protocol shows the continued commitments of the Parties to pursue steady reductions in emissions. Increased international interest demonstrates that our results are closely monitored in other regions, especially in Asia. The entry into force also opens the door to negotiations to go even further in the fight for clean air.”

Breaking new ground in the fight against air pollution

The amended Protocol is the first ever binding agreement to target emission reductions for PM2.5, which are a major concern in most cities around the globe. These obligations represent significant reductions for this key substance, for example: 46% for Cyprus; 37% for the Netherlands; 36% for Slovakia; 35% for Greece; 33% for Denmark; 30% for Finland and the UK; and 22% for the European Union as a whole (figures compared to 2005 base levels). By ratifying the amended Protocol, Parties commit to making emission reductions for all substances covered.

Estimates have shown that the costs of implementing the amended Protocol’s emission reduction measures would be equivalent to less than 0.01% of GDP for the EU. Given that the costs of healthcare and lost workdays due to air pollution are estimated at between 2.5% and 7% of GDP per year in Western Europe and to at or above 20% of GDP per year for 10 countries in the pan-European region, this makes the agreement a highly cost-effective policy solution.

Because fossil fuels are the major cause of both deadly air pollution and climate change, effective measures to reduce emissions can simultaneously improve air quality and bolster climate action.

The amended Protocol marks an important step in this respect by specifically including black carbon (or soot) as a component of PM2.5. Black carbon is 680 times more heat trapping than CO2. The agreement also includes emission reduction commitments for the ground-level ozone (O3) precursors nitrogen oxides and volatile organic compounds.

By tackling these substances that negatively affect the climate and air quality, the Gothenburg Protocol is an example of how air pollution and climate change policies can be addressed in an integrated manner.

Note to editorsAbout the Air Convention

The amendments to the Protocol to Abate Acidification, Eutrophication and Ground-level Ozone (Gothenburg Protocol)  were negotiated under the UNECE Convention on Long-Range Transboundary Air Pollution (Air Convention) and adopted in 2012. The original 1999 Gothenburg Protocol, which set national emissions ceilings from 2010-2020, was the first agreement to target multiple air pollutants and their sources (e.g. combustion plants, electricity production, agriculture, cars and lorries).

The Protocol has been key to the Convention’s achievements, which include extending average life expectancy in Europe by one year since 1990.