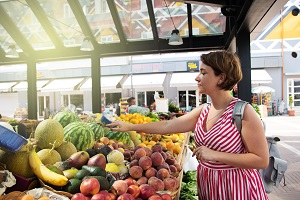 On 3 September 2020, Albania accepted the amendment on genetically modified organisms (GMO amendment) to the UNECE Convention on Access to Information, Public Participation in Decision-making and Access to Justice in Environmental Matters (Aarhus Convention), raising the total number of the Parties to the amendment to 32. This step supports the country’s efforts to promote inclusive and effective decision-making in this area and to advance the implementation of the Cartagena Protocol on Biosafety to the Convention on Biological Diversity  and the respective recommendations of 2018 Environmental Performance Review. Such important decision will also assist Albania in its transition towards green economy and in achieving several Sustainable Development Goals, in particular Goal 2 (Zero Hunger), Goal 15 (Life on Land) and Goal 16 (Peace, Justice and Strong Institutions).

Albania has been actively engaged in the activities under the Aarhus Convention for a long time. Being a member of the Convention’s Bureau, the country plays a leading role in promoting the Convention across the region.

This acceptance is significant as there is only one outstanding instrument of ratification, acceptance, approval or accession from the following Parties to the Aarhus Convention needed before the GMO amendment can enter into force: Armenia, Azerbaijan, Belarus, Kazakhstan, Kyrgyzstan, North Macedonia, Tajikistan, Turkmenistan and Ukraine.

For further information on the Aarhus Convention, its GMO amendment, please visit:  http://www.unece.org/env/pp/welcome.html.

The Aarhus Convention was adopted in Aarhus, Denmark, in June 1998 and entered into force in October 2001. The GMO amendment was adopted in Almaty, Kazakhstan, in May 2005.