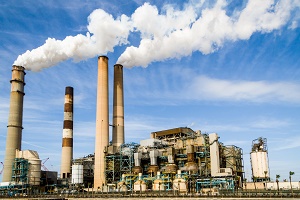 When 32 Member States signed the Convention on Long-range Transboundary Air Pollution in 1979, it was not evident that it would develop into a successful regional framework for controlling and reducing the damage to human health and the environment caused by transboundary air pollution.

Yet, the achievements of the Convention in the UNECE region over the last 4 decades have been no less than remarkable: air pollution trends and economic growth have been decoupled. Emissions of harmful substances including particulate matter and sulphur have been cut by 30-80% since 1990 in Europe and 30-40% in North America. This has led to healthier forest soils and lakes. In Europe, these measures account for 1 additional year of life expectancy and prevent 600,000 premature deaths annually.

To celebrate 40 years of successful cooperation under the Convention, Parties to the Convention, partners and countries outside the UNECE region assembled in Geneva, Switzerland, on 11 and 12 December, for a Special Anniversary Session, which was held as part of the 39th session of the Executive Body for the Convention (9-13 December 2019).

At the session, Ministers and high-level representatives from over 50 countries acknowledged milestones under the Convention, praised progress in the region, and discussed visions for future development of the Convention. Participants recognized that the Convention will remain a critical instrument of international environmental cooperation, within and outside the UNECE region.

Participants also showcased recent developments in their countries and shared experiences and lessons learned, while at the same time recognizing that some challenges still exist to implement the Convention, for which further support is needed.

Importantly, Ministers and high-level representatives approved an Anniversary Declaration to renew their commitment for action on cleaner air in the region, in line with the Long-Term Strategy for the Convention for 2020-2030 and beyond.

Celebrating the unparalleled achievements of the Convention, UNECE Executive Secretary Olga Algayerova urged that there are many challenges ahead, including reducing particulate matter in cities and addressing Methane and Nitrogen pollution. She further stressed that “while the Air Convention is a regional instrument, countries and regions in other parts of the world are also facing severe air pollution problems. The scientific tools, models, data, monitoring methods, guidance documents and best practices developed under the Convention are available to everyone in the world and can provide an excellent basis for coordinated action between different regions”.

Recognizing the importance of stronger cooperation both within and beyond the UNECE region and the need to further share the Convention’s experience and expertise, Convention Parties also launched a new initiative, the forum for international cooperation on air pollution. This will support international exchange of information and mutual learning on both the technical and policy levels and is intended to be a repository for technical information and a convener of countries and organizations, facilitating increased international cooperation on this critical challenge.

Former UN Secretary-General and Chairman of the National Council of Climate and Air Quality of the Republic of Korea, Ban Ki-moon, described the Convention as “a landmark agreement that has advanced regional progress against air pollution and climate change in immeasurable ways”, setting an “exemplary precedent” to inspire national and regional policy and cooperation and, ultimately, progress towards an enforceable framework at the global scale.

Parties also celebrated the entry into force (7 October 2019) of the amended Gothenburg Protocol. The Protocol is an example of how reducing classical air pollutants, such as Sulphur, and short-lived climate pollutants, such as black carbon, which is a major component of fine particulate matter, can be integrated into one, legally binding, instrument.

Anniversary events also included a negotiation game for future negotiators in the field of air policy and side-events organized by partner organizations.

Parties and other countries agreed that the Convention remains as relevant as it was 40 years ago and that it will play an important role in the future development of clean air policy development in the region and beyond.

Learn more about the Convention and its impact for clean air: https://www.unece.org/env/lrtap/welcome.html.html