Uzbekistan improves its air quality management, with help from UNECE 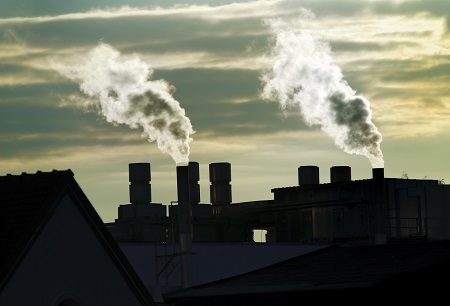 Emissions of air pollutants have been reduced considerably in the UNECE region over the past few decades as a result of integrated air pollution management strategies developed under the Convention on Long-range Transboundary Air Pollution (Air Convention). However, as evidenced by recent research on the impact of air pollution on health, further efforts are badly needed. Progress has also been uneven across the region, in particular in Eastern and South-Eastern Europe, the Caucasus and Central Asia, due to the increase in energy production, industry growth and urban development.

UNECE has therefore been assisting countries in the subregion to develop better emission inventories with a view to facilitating their ratification and/or implementation of the Air Convention and its key protocols. Following workshops for this purpose in Azerbaijan, Georgia and the Republic of Moldova in 2014, UNECE co-organized a workshop in Uzbekistan (Tashkent, 19–21 May 2015).

During the Tashkent workshop on emission inventories, national experts compared existing national methodologies to calculate emissions with internationally agreed methodologies under the UNECE Air Convention, in particular for the energy sector and agriculture. Working with national data sets, experts calculated ammonia emissions from agriculture for the first time. It was concluded that available national data is sufficient for developing good-quality and accurate emission inventories.

A round table on 22 May presented the results of the analysis of the national legislation on air quality management with respect to the Convention’s requirements. Participants from parliament, the State Committee for Nature Protection and several ministries, as well as representatives from state-owned enterprises, discussed the recommendations on the steps towards ratification of the Air Convention. It was agreed to take these recommendations into account in the ongoing revision of the national law on air protection.

Progress in improving air quality in all 56 UNECE members States will be reviewed at the 8th Environment for Europe Ministerial Conference in Batumi, Georgia, in June 2016.

For more information on capacity-building under the UNECE Air Convention, please visit: http://www.unece.org/environmental-policy/conventions/envlrtapwelcome/capacity-building.html.