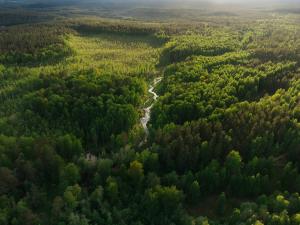 Global biodiversity is now declining faster than at any time in human history. As leaders gather for the 15th Conference of Parties to the Convention on Biological Diversity (COP-15, 7-19 December), UNECE calls for the region to urgently step up with the leadership needed to stop biodiversity loss and implement the post-2020 global biodiversity framework that is expected to be adopted at COP-15.

“As governments come together for COP-15 in Montreal, Europe and North America must demonstrate political commitment and robust plans for action in line with the magnitude of the challenge and their share of responsibility. UNECE stands ready to help member States fully leverage its normative and policy tools to address some of the key drivers of biodiversity loss, and to strengthen cooperation within and beyond the region to help collectively tackle this global crisis”, urged UN Undersecretary-General and UNECE Executive Secretary Olga Algayerova.

Biodiversity under threat in the region

According to the 2022 UNECE report on progress towards the Sustainable Development Goals (SDGs), the region needs to act urgently to reverse trends for biodiversity loss (target 15.5). The Pan-European Environmental Assessment presented by UNECE and UNEP at this year’s Environment for Europe Ministerial Conference further warned of no evidence of a clear positive overall trend in the status of ecosystems in the region. And this is despite some encouraging signs: protected areas in the pan-European region have almost tripled over the past 30 years, and in the last five years, marine protected areas have grown in area by 66% and terrestrial ones by 22%. As part of the collective response, governments should therefore eliminate or reform subsidies and incentives for products and activities that lead to biodiversity loss and develop incentives to mainstream biodiversity conservation across sectors and policies.

This is precisely the point: we must act across all areas of the economy, integrating measures across the board to protect and restore biodiversity and address key drivers of loss. UNECE is determined to continue supporting countries’ efforts to put this into practice.

Forests host around 80% of the world’s terrestrial biodiversity, making their sustainable management a strategic priority. Nearly half of the world’s remaining 1.11 billion hectares of primary forests are in the UNECE region. In the last 30 years, the region’s overall forest area has increased by 33.5 million hectares. Governments must ensure that these trends remain positive and take additional measures to safeguard the remaining primary and intact forests and their ecological functionality. Building on 75 years of cooperation with FAO, UNECE is fully committed to support all countries in the region for sustainable forest management. This ranges from supporting commitments to restore some 7 million hectares of degraded land by 2030, to harnessing the biodiversity benefits of urban forestry through tree and forest growing in cities, and monitoring forest data.

Among the key instruments for strengthened action across a range of key biodiversity challenges are our Multilateral Environmental Agreements. As far back as the 1970s, the impacts on forests and lakes of “acid rain” caused by air pollution led to the negotiation and adoption of the UNECE Air Convention. The emission reductions achieved in 51 countries have delivered tangible benefits for flora and fauna, not to mention human health and the climate. The latest scientific evidence revealed that ecosystems are more sensitive to nitrogen pollution than previously thought, showing that we need strengthened measures, especially in agricultural and transport sectors.

As threats to nature do not respect national borders, reinforcing transboundary cooperation on water management will also be vital to protect biodiversity. UN tools can play a key role: obligations under the Water Convention include to adopt water-quality objectives and criteria for transboundary rivers, lakes and aquifers; and to take measures to ensure conservation and restoration of ecosystems by addressing pollution, improving river connectivity and preventing accidental water pollution (supported by joint efforts with the Industrial Accidents Convention). As an example of cooperation, Polish authorities have been working with their counterparts in Belarus and Ukraine for over 20 years to improve water quality by tackling pollution in the Vistula Basin, of which 87% is downstream in Poland.

Much more must be done to address key drivers of biodiversity loss. Europe’s ecosystems are being cut to pieces by urban sprawl, infrastructure, and transport development, with more fragmentation than in any other continent.  In Europe 8,000 km² were concreted over during the 1990s, representing an increase in artificial areas of 5% in just 10 years!

To respond to these and other key issues, the Espoo Convention can help countries work together across borders on Environmental Impact Assessment, to identify and mitigate risks of damage to fauna and flora before it occurs. Its Protocol on Strategic Environmental Assessment goes further ensuring that significant effects on flora, fauna, biodiversity and natural sites are considered in sectoral planning, including for forests, raw materials, mineral resources; water, wind and geothermal, tidal and solar energy; transport and land use.

All members of society must be empowered to play their part in protecting biodiversity. UNECE calls on governments and citizens in all Parties to the Aarhus Convention to fully seize this instrument to put environmental democracy into action. UNECE is ready to continue longstanding cooperation with the Convention on Biological Diversity (CBD), including on the synergies between the amendment on genetically modified organisms under the Aarhus Convention and the CBD’s Cartagena Protocol on Biosafety.

Strengthening the knowledge base and monitoring progress on challenges at national level is also crucial. Biodiversity and protected areas is one of the themes addressed, upon countries’ request, in UNECE Environmental Performance Reviews. This experience has shown some promising signals: the 3rd cycle of Reviews showed for instance that Albania and the Republic of Moldova updated their National “Red Lists” of threatened species, while in Kazakhstan, the populations of many rare and threatened animal species increased thanks to anti-poaching measures and species conservation programmes. But considerable challenges in the region must still be addressed, including the lack of data, nature inventories and wildlife censuses at the national level. Further recommendations to countries to strengthen their biodiversity governance approaches will be included in the 4th cycle of Reviews.

UNECE will also continue to support National Statistical Offices to develop the required Environmental Statistics and Indicators, through guidance and capacity building, and support the development of a Shared Environmental Information System in the region.

In this spirit of cooperation, UNECE will be fully engaged at COP-15 to present a joint statement by the Executive Secretaries of all Regional Commissions (15 December) and to exchange with High-Level decision makers from Member States, connecting expertise and experience from around the world to address shared challenges to biodiversity.

UNECE further commits to helping countries integrate biodiversity in national policies via continued cooperation with UN organizations in the region supported by the Issue-Based Coalition on Environment and Climate Change, which covers biodiversity, ecosystems and natural resources management.

“If leaders are serious about halting biodiversity loss, it is now or never. Together we must make Montreal the historic moment it deserves to be”, stated Olga Algayerova.