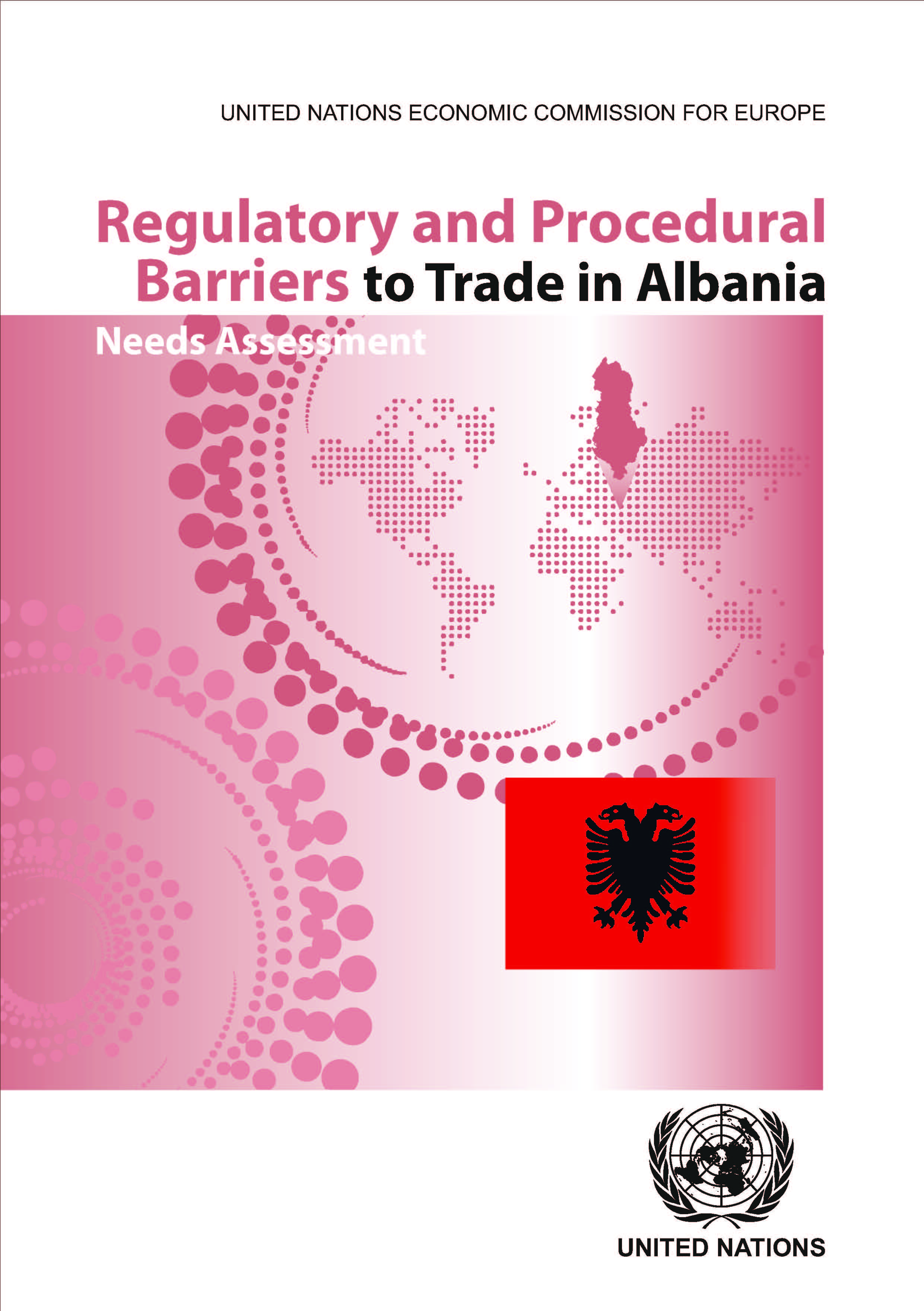 An upper-middle income country, Albania is in the process of implementing an all-encompassing reform effort to foster national competitiveness and achieve greater integration into global value chains.Driving these reforms is the imperative for fulfilling the requirements of the European Union (EU) Acquis Communautaire, which gained new life in 2014 when Albania obtained the candidate status for EU membership. Trade has been at the centre of reforms to support the consolidation of new growth poles that would allow for achieving growth with equity through greater specialization in dynamic products with high value-added. These reforms accord priority to removing regulatory and procedural trade barriers, which, by inflating transaction costs, have been undermining employment generation and overall competitiveness in domestic and global markets.It is against this background that this study was undertaken. The Government was facing increased development challenges, which were as far reaching as the ambitious reform targets the Government committed to attain. These challenges were complicated by the difficult environment that Albania was labouring under, whereby demand and investment were dampened by the sluggish growth in the Eurozone and beyond, thereby setting the limits to trickle-down effect of reforms.This study (ECE/TRADE/427) is a contribution to Albania’s trade development efforts. It provides action-oriented recommendations, which draw on extensive primary information collected during face-to-face interviews using UNECE evaluation methodology and consultations with public and private stakeholders. It takes into account the written comments of national stakeholders, submitted to the UNECE in May-June 2016.The recommendations are geared to complement Albania’s development strategies, including: the National Plan for European Integration for the period 2014-2016; the Inter-sectoral Strategy for Agriculture and Rural Development in Albania for the period 2014-2020; and, Business and Investment Development Strategy for the period 2014-2020.The recommendations will also be integrated into the United Nations Delivering as One processes in the country, with a view to informing technical assistance activities by UN agencies and development partners.