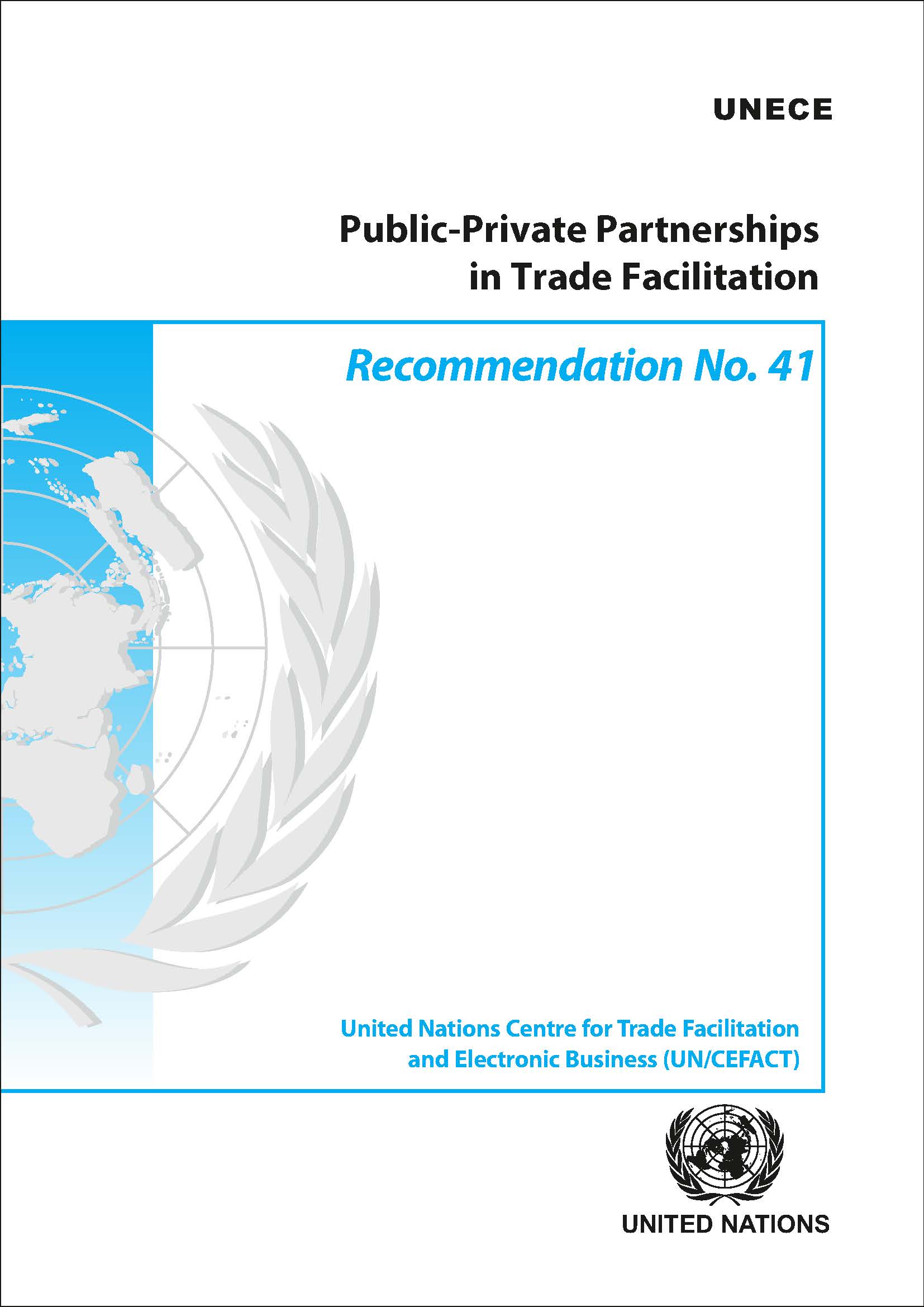 Public-Private Partnerships (PPPs) is a possible solution for financing and implementing public projects. These projects allow the public sector to benefit from private sector funding, expertise and capacity while allowing the private sector to partner with the public sector in providing critical public services. There are a number of areas within Trade Facilitation where PPPs could be appropriate. Traditional PPPs in infrastructure, like ports and improvements to rail and road networks can facilitate trade, but so can PPPs in specific infrastructure and support systems such as a Single Window system, a National Trade Facilitation Body, infrastructure for port communities, trade and transit corridors, and coordinated border management. The purpose of Recommendation No. 41 (ECE/TRADE/430) is to inform government agencies and private sector stakeholders about key components and best practices for PPPs in Trade Facilitation. Based on success stories and lessons learned from traditional PPP projects, the Recommendation provides detailed guidance on specific aspects, such as the governance, supporting information technology and infrastructure, and potential risks to consider in project implementation. It also shows potential benefits of PPPs in Trade Facilitation, in terms of enhancing open and transparent markets, bringing cost-effective processes through more effective service delivery, increasing competition and even attracting foreign investment.This Recommendation will be  useful to those engaged in PPP and Trade Facilitation and all concerned actors, both public and private, are invited to make effective use of this Recommendation.This publication is also available in French and Russian.