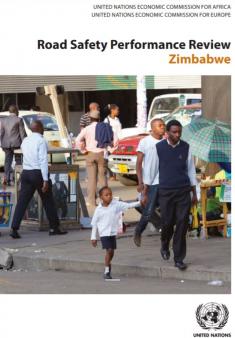 As a consequence of road traffic crashes, an estimated 1.35 million people die and more than 50 million people are injured each year on the world’s roads. Most road traffic fatalities and injuries occur in low- and middle-income countries, and there has been no reduction in the number of road traffic fatalities in any low-income country since 2013, according to the World Health Organization (WHO). Zimbabwe is no exception: according to the Traffic Safety Council of Zimbabwe (TSCZ), road crash fatality rate has been increasing over the years to an average of 5 deaths per day in 2019. WHO estimates that country-reported figure could be three times higher.

How exactly does a Road Safety Performance Review work? It assesses the road safety status of a particular country, helps the Government identify the most critical safety aspects and recommends actions to be taken. Then, when the priority needs have been identified, capacity-building seminars and workshops are organized for national road safety stakeholders. The project thus lays down the core issues that require the urgent attention of political leaders and other stakeholders. It also assists the stakeholders in setting important targets for national road safety strategies and action plans as well as determining specific measures to reach these targets.