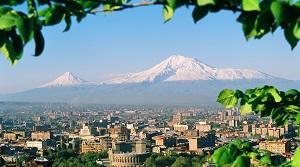 Armenia has used non-tariff measures (NTMs) to contain the impact of the COVID-19 pandemic on businesses and other supply chain actors. However, the Government’s ability to unleash the full efficiency potential of support measures and NTMs was undermined by capacity shortfalls in the areas of trade facilitation and quality infrastructure, particularly in the fields of conformity assessment and metrology.

UNECE carried out a study in May - August 2020 to trace the way how NTMs influence end-to-end supply chains and to capture the lingering ripple effects into the economy. The study is based on a survey of 370 micro, small and medium enterprises (MSMEs) involved in agriculture, manufacturing and trade along with major freight forwarders operating in the country.

The Deputy Minister of Economy of Armenia, Mr. Varos Simonyan, stated: “UNECE’s study comes at a timely moment as the Government of Armenia is considering new measures to help enterprises, particularly MSMEs. We also highly appreciate the study’s focus on long term capacity building needs. The Ministry of Economy will take the recommendations into account in its plans and relies on UNECE’s support. We are glad that UNECE is collaborating closely with the UN Resident Coordinator’s Office to avoid the duplication of work.”

UNECE Executive Secretary Ms. Olga Algayerova emphasized that “UNECE’s studies on regulatory and procedural barriers to trade have proved to be an effective tool for member States to identify bottlenecks in their trade flows, which also affect the movement of essential goods. UNECE is committed to supporting the efforts of Armenia and all governments in our region to harness trade as a driver for the sustainable economic recovery needed to meet the Sustainable Development Goals.”

The Government of Armenia limited trade restrictions to the minimum; implemented expansionary monetary and fiscal policies, and launched sweeping relief measures, such as credit schemes and tax deferrals, to curb unemployment and support the hardest hit sectors. However, the Government’s ability to unleash the full efficiency potential of support measures and NTMs was undermined by capacity shortfalls:

These conditions have disrupted supply-chain operations, with adverse consequences for their post-COVID-19 recovery and development prospects. At the same time, the Government is labouring under increased financial pressures. The relief measures are placing a strain on the Government’s dwindling resources, thereby undermining its ability to properly link relief to development goals.

The majority of the surveyed MSMEs were well prepared having planned and successfully arranged shipments in January and February 2020 before the unfolding of health protection measures. By anticipating the enormous stress on international transport routes, the surveyed MSMEs mitigated their income fallout. Around 60 per cent were able to maintain their pre-pandemic export earnings over the course of January-July 2020. Moreover, around 71 per cent of the surveyed companies received direct support from the Government in the form of subsidized loans for covering their wage bill and part of their operational costs, including the procurement of raw materials as well as cash injections in the form of grants and one-time payments. This support constituted an important lifeline for the surveyed MSMEs.

Yet, the challenges ahead remain daunting. The review shows that the pandemic has taken its toll on MSMEs and has increased their economic vulnerability. Most of the surveyed enterprises scaled down production due to the lack of raw material and machinery equipment.  Despite the Government’s sweeping financial support measures, the majority of the surveyed MSMEs were in debt, having postponed business expenditures and loan repayments to cope with falling revenues. Around 79 per cent emphasized that their survival hinges on receiving government support, particularly, in the form of tax payment deferrals and subsidized loans. Moreover, around 62 per cent of the owners surveyed used personal savings to cover their wage bill and maintain operations. This came at the expense of their families’ welfare, as they had to cut back on food expenditure and postpone household payments, including personal loans, rent, and utility bills.

The worsening market access conditions prompted air cargo forwarders to invest in creative solutions that were, thus far, too challenging to carry out.  Some leveraged partnerships with counterparts in Europe to transport cargo by charter freighters and were in the process of completing negotiations for securing regular charter freighters (once a week). Other forwarders invested in the digitalization of their services, benefiting from the Government’s credit schemes. In so doing, the forwarders contributed to addressing the industry’s limited supply capacity.

Action to support a sustainable recovery

The review provides recommendations geared to address the pandemic’s impact on MSMEs and to generate further efficiency gains throughout Armenia’s supply chains and support enterprise development. The recommendations include action-oriented measures drawing on international best practices and UNECE recommendations, norms, standards and guidelines in the areas of trade facilitation, transport, quality infrastructure as well as successful experiences in enterprise development.

The recommendations can be implemented in cooperation with UNECE and other development partners, working closely with the United Nations Resident Coordinator’s Office in Armenia. Given the Government’s financial constraints, these efforts will also require significant donor assistance.

This review is part of UNECE’s surge effort to help Governments build stronger and more resilient economies in the aftermath of COVID-19.

About UNECE’s Trade and Economic Cooperation and Integration programmes

UNECE supports closer economic relations among its 56 member States in the pursuit of the UN Sustainable Development Goals (SDGs) and the 2030 Agenda. Its Trade and Economic Cooperation and Integration programmes assist member States in better integrating their economies into the world economy and in promoting enabling and promoting a better policy and regulatory environment conducive to increased economic cooperation, innovative and sustainable development and higher competitiveness in the UNECE region.