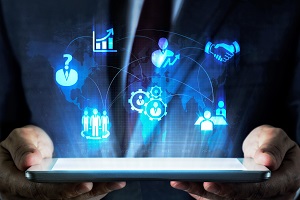 International standards and harmonized processes can boost trade by enabling countries and companies to cut costs and reduce bureaucracy. The digitalization of these standards brings additional efficiency gains, further multiplying the benefits of their use.

UNECE has taken another step towards simplifying and harmonizing cross-border trade and transport with the introduction of technical standards to support the creation and exchange of electronic consignment notes for the international transport of goods by road.

Rules for transporting goods internationally by road are covered by the United Nations Convention on the Contract for the International Carriage of Goods by Road, known as the CMR, which has 55 Contracting Parties in Europe, the Middle East and North Africa, and Central Asia.

Goods, companies, drivers and those receiving shipments currently use a CMR consignment note, which contains information about the shipped goods and the transporting and receiving parties. The CMR note is accepted by regulatory authorities and law courts as evidence of a contract of carriage by road. Until recently, CMR notes were only issued in paper form.

The development of the new standards is an important step towards this note becoming fully electronic, which will make the transport of goods by road less cumbersome for trading parties.

Developed by the UN Centre for Trade Facilitation and Electronic Business (UN/CEFACT), hosted by UNECE, the standardized model provides a common language for trading parties. The technical standards specify a set of consignment data that can be exchanged between businesses and even between regulatory authorities and businesses, describing each step of the trade and transport process starting from the issuance for carrying the consignment, contract between parties, up to delivery of the goods.

The introduction of the standards is expected to attract more countries from Europe and beyond to accede to the convention and its Additional Protocol related to the electronic version of the CMR consignment note, the e-CMR. Fifteen countries in Europe and Asia, including Turkey and Iran (Islamic Republic of), have ratified the e-CMR Protocol so far. As the tide of digitalization continues to spread, several other countries are expected to follow.

The technical standards, which were approved on 19 February 2018, will be officially launched at a special session of UNECE’s Working Party on Road Transport (SC.1) on 4 April 2018, where countries will also discuss options to operationalize the e-CMR.

To download the technical standards for e-CMR, please visit: http://www.unece.org/cefact/brs/brs_index.html