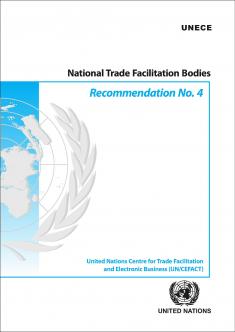 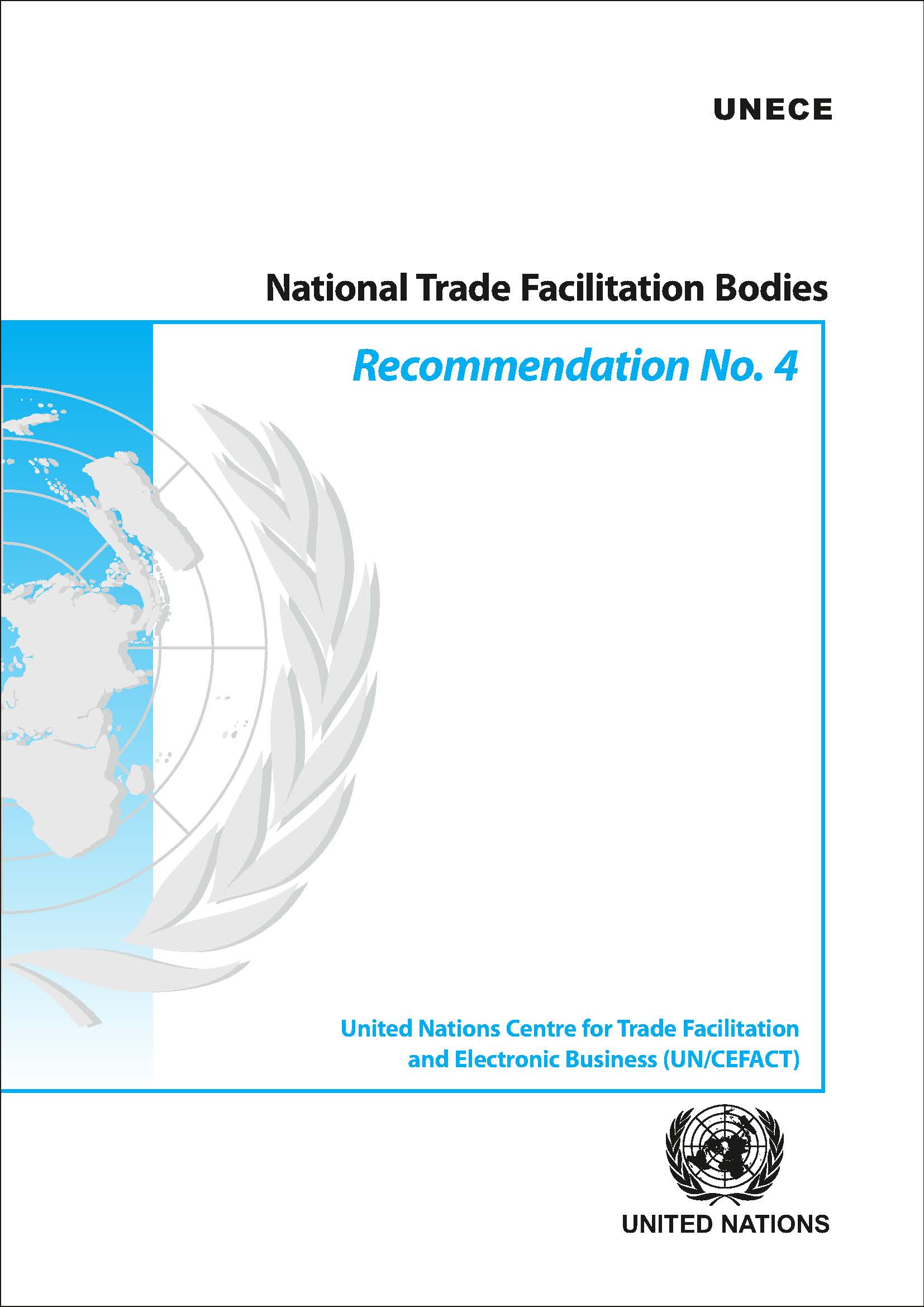 This Recommendation, first published in 1974, has been revised in light of the changing context for Trade Facilitation and the adoption of the Trade Facilitation Agreement of the World Trade Organization. The revised Recommendation suggests that governments establish national trade facilitation bodies (NTFB) as an indispensable component of trade policy formation which embraces the views and opinions of all stakeholders in pursuing agreement, cooperation and collaboration. Due to the multiplicity of bodies promoting Trade Facilitation that have emerged in countries in recent years, there is increased demand for a national-level platform which can act as the main coordinating body for any Trade Facilitation reforms and can facilitate effective consultation among the public and private sector stakeholders. The revised Recommendation No. 4 integrates Guidelines that provide a detailed description of the steps for establishing the NTFB as well as a model terms of reference for an NTFB which countries use or customize based on their national context. It also provides a non-exhaustive list of those stakeholders that should be represented in an NTFB, including: importers, exporters, freight forwarders, carriers, customs, other government agencies, banks, insurance companies and others. Recommendation No. 4 is complemented by Recommendation No. 40 on “Consultative Approaches, Best Practices in Trade and Government Consultation on Trade Facilitation Matters”, which provides suggested complementary and alternative forms and approaches to consultation and offers a qualitative methodology to improve the very core of the consultative process. This revised Recommendation (ECE/TRADE/425) will be immensely useful to those involved in the establishment of trade and transport facilitation committees and all concerned actors, both public and private, are invited to make effective use of this Recommendation.Download:  French  Russian