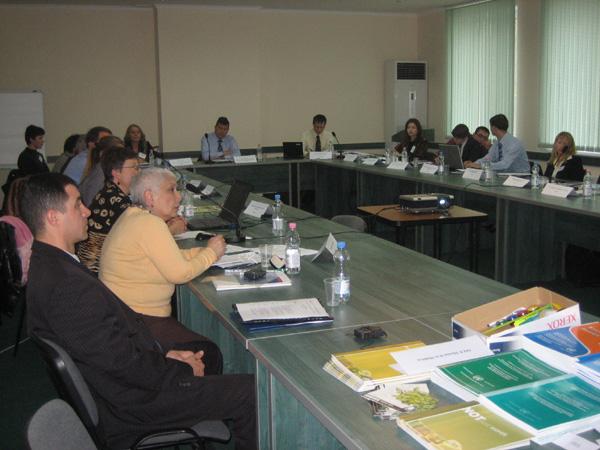 For strategic environmental assessment, see the pages dedicated to SEA capacity development in Eastern Europe, Caucasus and Central Asia and Central Asia) and the Belgrade Initiative on SEA. These include national and subregional capacity-development needs assessments and strategies, as well as pilot activities (including pilot SEAs in Belarus and Crimea, Ukraine). For capacity building activities on SEA and EIA in the period 2013-2016 in Belarus, the Republic of Moldova and Ukraine, see also the page dedicated to Greening Economies in the Eastern Neighbourhood (EaP GREEN) programme, which includes several capacity building activities on SEA and EIA in Eastern Europe and Caucasus.Past activities:Capacity-building workshop for Espoo Convention, Chisinau, 5-7 November 2008A pilot project was carried out in Belarus. It was based on the transboundary EIA of a planned hydroelectric power plant on the Neman River, downstream of Grodno (Belarus), upstream of Lithuania and Kaliningrad (Russian Federation). A start-up meeting was held on 22-23 June 2009. A public hearing on the power plant was held in Druskininkai (Lithuania) on 25 September 2009. A series of workshops was then held:
The designations employed and the presentation of the material above do not imply the expression of any opinion whatsoever on the part of the Secretariat of the United Nations concerning the legal status of any country, territory, city or area, or of its authorities, or concerning the delimitation of its frontiers or boundaries.