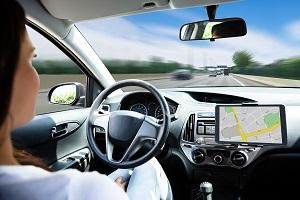 A new milestone in mobility has been reached with the adoption of a proposal to extend automated driving in certain traffic environments from the current limit of 60 km/h to up to 130 km/h.

The amendment to UN Regulation No. 157 adopted today by the World Forum for Harmonization of Vehicle Regulations extends the maximum speed for Automated Driving System (ADS) for passenger cars and light duty vehicles up to 130 km/h on motorways, and allows automated lane changes, among other dispositions. It will enter into force in January 2023 in those contracting parties which decide to apply it.

Safety remains at the core of automation developments

The amendment, developed by the Working Party on Automated/Autonomous and Connected Vehicles (GRVA), builds on the experience in various countries following the adoption of the UN Regulation on Automated Lane Keeping Systems (ALKS), the first binding international regulation on so-called “level 3” vehicle automation, in June 2020.

These developments were guided by UNECE’s framework on automated/autonomous vehicles, which places safety at the core of the UN’s leading regulatory work in this strategic area for the future of mobility.

These systems can be activated only under certain conditions on roads where pedestrians and cyclists are prohibited and which, by design, are equipped with a physical separation that divides the traffic moving in opposite directions. Similarly, the driver can override such systems and can be requested by the system to regain control of the vehicle at any moment.

The Regulation sets out clear performance-based requirements that must be complied with by car manufacturers before equipped vehicles can be sold within countries mandating the Regulation. It includes provisions governing type approval, technical requirements, audit and reporting, and testing both on test tracks and in real-world conditions.

The new functionalities will also have to be compliant with the stringent cybersecurity and software update requirements laid out in the relevant UN Regulations.

The amendment stipulates the obligation for the automated driving system to comply with local traffic rules. It also includes provisions to ensure smooth driving and to limit traffic congestion. The Data Storage System for Automated Driving (DSSAD), a kind of “black box” which records, among other information, when the automated driving system is activated, will be required to also record lane changes initiated by the system.

The World Forum for Harmonization of Vehicle Regulations, hosted by UNECE, is the intergovernmental platform responsible for the regulatory frameworks regarding the safety and environmental performance of vehicles, their subsystems and parts.