International trade is a key enabler for sustainable food systems, allowing for production to take place where it is most efficient, thus increasing productivity and reducing prices. Last week, UNECE adopted four new quality standards to boost trade in certain small fruits, dried persimmons, raw and roasted in-shell peanuts, and raw and roasted peanut kernels. The standards were adopted at the annual meeting of the UNECE Working Party on Agricultural Quality Standards - a UN body with global membership that sets agricultural quality standards for fresh fruit and vegetables, dried fruit and nuts, meat, and seed potatoes.

Persimmons are one of the main fruits in Central Asia, with over 80 thousand tons produced in Uzbekistan and Tajikistan alone in 2018. Dried persimmons are packed with nutrients and eaten in many parts of East and Central Asia. This standard was proposed and developed with the strong involvement of the Central Asia Working Group, which includes representatives of Kazakhstan, Kyrgyzstan, Tajikistan and Uzbekistan.

Peanuts - which despite their name pertain to the family of legume, not nuts - are already widely traded globally. They are high in proteins, vitamins and minerals, including biotin, niacin, folate and manganese. In 2022, 50 million metric tons of peanuts were produced globally, according to the USDA Foreign Agricultural Service. The two standards for raw and roasted peanut kernels, and raw and roasted in-shell peanuts were developed in close collaboration with the global peanut industry, and thus reflect modern industry/trade practices. The new UNECE standards for the first time cover roasted peanuts (inshell and kernels) and enables producing countries to trade in bulk volumes of roasted peanuts. Roasting preserves the peanuts, which become more resistant to biological degradation and have a longer shelf-life, thus reducing food loss/waste.

The standard for certain small fruits, proposed by Brazil, includes 12 species and varieties of smaller fruits that grow primarily in tropical and subtropical regions. These include Peruvian ground-cherry (Physalis peruviana), Jabuticaba, Camu-camu, Brazil cherry, Surinam cherry, Barbados cherry (Acerola), Strawberry guava, Marula, Jelly palm, Carboo (Nance), Spanish plum, and Umbu. Some of these are unique to South America, and several are strong in vitamin C and other nutrients.

Initially adopted as a recommendation for a one-year trial period, it is expected that when completed the standard will facilitate the international trade of some of the lesser-known tropical and subtropical small fruits, to the benefit of the growing small fruits industries.

Within the Amazon rainforest countries, a region that covers some 40% of the South American continent, increased investment in the production of small fruits is already taking place. The climate of the Amazon, combined with high consumer demand, makes cultivating fruit a priority for farmers, as it offers a potential source of increasing their income through agroforestry and other environmentally friendly agricultural practices. However, until now there was no standard for the correct labelling of their produce. The development of small fruit production, which is dependent on endemic species of the Amazon, could also help to mitigate deforestation. 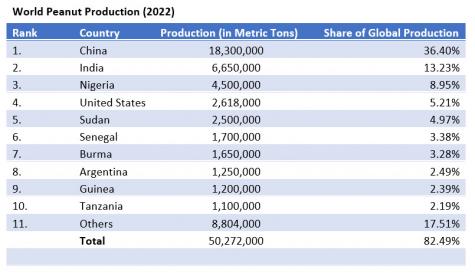 UNECE has developed over 100 agricultural quality standards for fresh fruit and vegetables, dry and dried produce, meat, seed potatoes, cut flowers, eggs and egg products.  The standards are used internationally by governments, producers, traders, importers and exporters. The use of their common terminology and harmonized requirements helps buyers and sellers understand the quality of the products being marketed, thus reducing transaction cost and risk, while also enabling price differentiation for higher quality produce. The standards are thus an important component of a broader system of quality assurance and control supporting international trade.

UNECE standards also form the basis for agricultural quality legislation in a number of countries. For example, in the EU, trade in the 10 most traded types of fresh fruit and vegetables (apples, citrus fruit, kiwi, lettuce, peaches and nectarines, pears, strawberries, sweet peppers, table grapes and tomatoes) have to comply with specific marketing standards of the EU, which are harmonized with UNECE standards.

To help ensure that the standards are applied consistently, UNECE collaborates with OECD which publishes explanatory colour brochures for producers, traders, and inspectors. UNECE also collaborates with the Secretariat of the Codex Alimentarius Commission in its standard-setting work