In the framework of on-going Road Safety Performance Reviews (RSPR) project in Cameroon and Uganda supported by the Special Envoy’s Secretariat at the ECE and implemented in collaboration with ECA, two RSPR Validation Workshop were conducted in October 2017 in Kampala and Yaoundé. The RSPR project aims to help governments to identify the most critical road safety aspects and priority needs by preparing road safety performance reviews and offering capacity-building workshops to enhance national road safety management capacities. 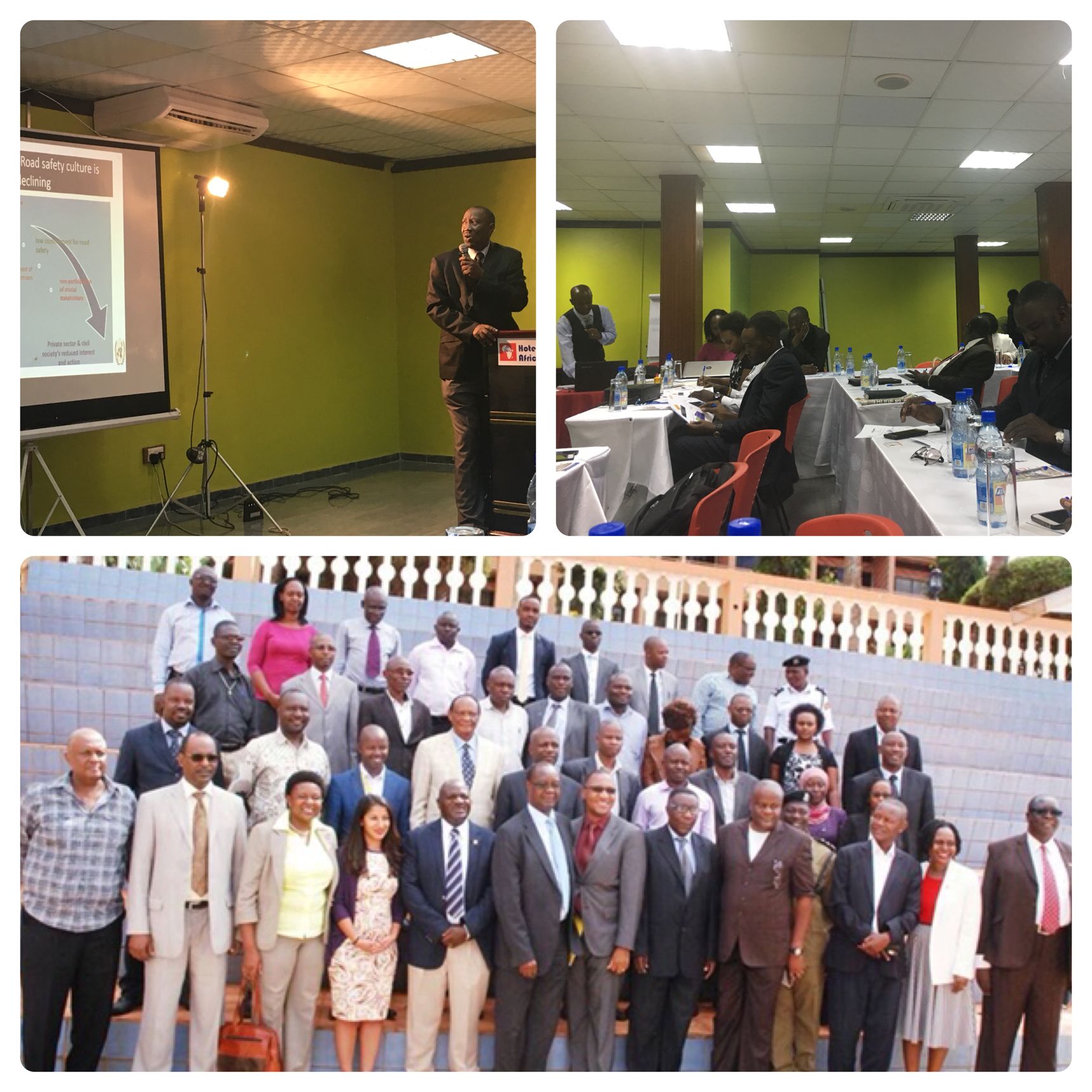 RSPR Validation Workshop in Uganda
This workshop took place in Kampala on 17 October 2017 and during the workshop, all stakeholders provided feedback on the draft RSPR report, which was developed by two national consultants under the coordination of the Ministry of Works and Transport of Uganda. The Workshop was well attended by over 50 government officials representing all regions of the country. The purpose of the Workshop was to ensure a participatory process to validate and provide feedback on the draft report of Road Safety Performance Review, which was presented to all stakeholders. Feedback is being incorporated into a finalized report, which will be launched in early 2018.

RSPR Validation Workshop in Cameroon
A one-day validation workshop was conducted in Yaoundé, Cameroon on 19 October 2017, where all stakeholders were invited to provide feedback on the draft report developed by consultants. Over 50 representatives of national and local government attended the workshop, which was an opportunity to validate and provide feedback on the draft report of Road Safety Performance Review. Feedback is being incorporated into a finalized report, which will be launched in early 2018.