Improved regulations on persistent organic pollutants in the UNECE region 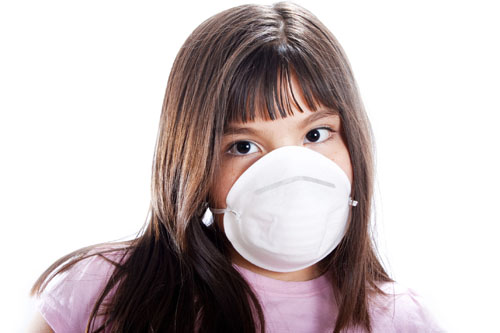 On 18 December 2009, the Parties to the Protocol on Persistent Organic Pollutants (POPs) to the UNECE Convention on Long-range Transboundary Air Pollution further stepped up their efforts to regulate or get rid of POPs in the region by broadening the Protocol’s scope to include seven new substances: hexachlorobutadiene, octabromodiphenyl ether, pentachlorobenzene, pentabromodiphenyl ether, perfluorooctane sulfonates, polychlorinated naphthalenes, short-chain chlorinated paraffins.  They also updated and upgraded the Protocol’s current obligations for eliminating the production and use of a number of POPs regulated by the Protocol (DDT, heptachlor, hexachlorobenzene and PCBs) and for fixing emission limit values from waste incineration and adopted up-to-date guidance on best available techniques to control emissions of POPs. Furthermore, Parties adopted an expedited procedure for the entry into force of the amendments to the Protocol. Parallel to this, with a view to facilitating the Protocol’s ratification by countries with economies in transition in Eastern Europe, Caucasus and Central Asia, the Parties introduced flexibilities for these countries regarding the time frames for the application of emission limit values and best available techniques. The Protocol on POPs, which was signed in 1998 and entered into force in 2003, constituted the first international action to eliminate or curtail POPs. It has been a pioneer in the international fight against POPs and has served as a model for regulating POPs both at the European and global levels. The Protocol so far has been ratified by 29 countries. Over the years, it had successfully regulated 16 substances, banning the production and use of some outright, while scheduling others for elimination at a later stage or severely restricting their emissions. The Protocol also contains obligations for the use of best available techniques for controlling POPs emissions and for the environmentally sound disposal of wastes containing POPs, as well as specific limit values for the incineration of waste. One of its major strengths of the Protocol is that its obligations are based on the sound science and data generated by the Convention’s scientific network, which monitors and models emissions concentrations and depositions as well as environmental and health effects. Note to EditorsPersistent organic pollutants (POPs) are particularly harmful chemical substances (pesticides, industrial chemicals and by-products or contaminants) which pose a serious threat to the environment and to human health, not only in the UNECE region, but all over the globe. POPs are not just toxic: unlike other pollutants, they resist degradation, remaining in the environment for generations and accumulating in the bodies of humans and animals. They are transported over long distances, including to the Arctic, where they menace the sensitive ecosystems and indigenous peoples, who had no part in their making. Humans are exposed to POPs through the food they eat and through the environment, including the indoor environments in which we live and work. Unborn and newborn babies are vulnerable to POPs through transplacental transfer or through breast milk. Health hazards from POPs include endocrine disruption, reproductive and immune dysfunction, neurobehavioural and developmental disorders, and cancer. The 1998 Aarhus Protocol on Persistent Organic Pollutants (POPs) to the 1979 UNECE Convention on Long-range Transboundary Air Pollution (CLRTAP) entered into force in October 2003. The Protocol counts 29 parties: Austria, Belgium, Bulgaria, Canada, Croatia, Cyprus, Czech Republic, Denmark, Estonia, Finland, France, Germany, Hungary, Iceland, Italy, Latvia, Liechtenstein, Lithuania, Luxemburg, Netherlands, Norway, Republic of Moldova, Romania, Slovakia, Slovenia, Sweden, Switzerland, United Kingdom, European Union. Over the years the list of POPs covered by the Protocol has been gradually extended to 16 substances: Aldrin, chlordane, chlordecone, dieldrin, endrin, hexabromobiphenyl, mirex, toxaphene; DDT, heptachlor, hexachlorobenzene, PCBs, HCH including lindane, Dioxins/furans, PAHs, hexachlorobenzene. With the decision of 18 December 2009, the protocol will now cover 23 substances. The Task Force on POPs is in charge of addressing the technical needs of the reviews and reassessments required by the Protocol. It is also in charge of reviewing the proposals of new substances submitted by Parties:   http://www.unece.org/env/lrtap/TaskForce/popsxg/welcome.htmlThe Documents of the 27th session of the Executive Body of CLRTAP, 14-18 December 2009, are available at:
http://www.unece.org/env/lrtap/ExecutiveBody/welcome.27.htmlThe Meteorological Synthesizing Centre-East (MSC-East) operates under the Convention to measure and model POPs and heavy metals: http://www.msceast.org/.Ref: ECE/ENV/10/P01