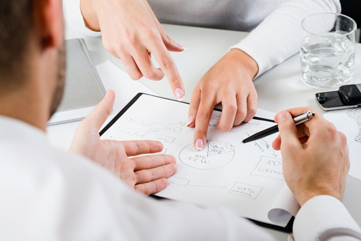 The Government of the Netherlands

The Government of the Netherlands has allocated a senior PPP expert for three years starting from 2012 with a major task to secure financial resources and promote ICoE around the world.

In 2011 the State Corporation “Bank for Development and Foreign Economic Affairs (Vnesheconombank)” of the Russian Federation reached an agreement with the UNECE to support the Centre financially for three years. First year contribution agreement was supplemented by additional activities contracted by Vnesheconombank and UNECE, including elaboration of training modules as well as bringing together CIS countries for training activity/s conducted jointly by Vnesheconombank, UNECE and the Financial University.

The Eurasian Development Bank and the UNECE concluded an agreement whereby the former provided for the UNECE International PPP Centre of Excellence to undertake PPP assessments in Kazakhstan, Kyrgyzstan and Tajikistan in the period 2012-2013. Fact-finding missions to Kyrgyzstan and Tajikistan took place in September 2012 and a follow-up workshop will follow in 2013. Preparations are already in place to undertake the PPP assessment in Kazakhstan in the second part of 2013.

Toyo University is one of the donors of the UNECE International PPP Centre of Excellence, and has over the past three years provided a financial contribution towards the UNECE work on PPP. From January 2013, Toyo University is also contributing towards the salary of a junior PPP assistant working with the secretariat. Toyo University offered finance for a comprehensive pre-feasibility study in 2013 on the PPP options to renovate the Palais des Nations as a PPP. The study, which was carried out by the UNECE Team of Specialists on PPP and the Toyo University, addressed a number of issues identified by UNOG and member States, and helped UNOG to prepare a report to the General Assembly on this topic.