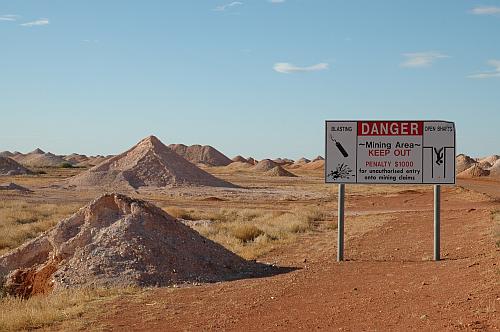 Regulators of products used in mines, oil platforms and chemical plants from Australia, Brazil, the European Union, the Russian Federation, and the United States agree that products used in these dangerous facilities need a common regulatory framework and that countries can reach this objective in the medium term. The regulators were speaking at a meeting organized jointly by the United Nations Economic Commission for Europe (UNECE) and by the IECEx (International Electrotechnical Commission System for Certification to Standards relating to Equipment for use in Explosive Atmospheres) on 7 - 8 September 2011 in Split, Croatia.  In the words of the policy-makers, “global harmonisation promoted and adopted at UNECE is beneficial”, in particular because it “allows for reduced government liability without increasing risk to workers, and consequently enables authorities to allocate more resources to field work” and it is “fully consistent with international obligations under the WTO agreement”. More in detail, the sector of concern is, “equipment used in environments with an explosive atmosphere”. This term indicates all equipment used in such high-risk environments as mines, refineries and chemical plants, as well as offshore facilities and vessels. The equipment used there must be sufficiently safe to offer protection to workers, the natural environment and the communities living close by.  However, care also must be taken to avoid repeated testing that does not afford any extra safety but merely adds to costs. Through its Working Party on Regulatory Cooperation and Standardization Policies, UNECE has drawn up a regulatory model that provides for adequate risk mitigation, and does not create excessive costs or red tape for business. The model is based on international standards and the certification scheme under the IECEx, as well as best practice relating to the organization of inspections and market surveillance activities developed by the WP. 6.  The UNECE model is available to all United Nations member States.  Countries that have no “normative framework” in the explosive-equipment sector can use this model as a blueprint for legislation. If they already have such a framework, they could consider converging towards the international model. Once the model has been adopted as national legislation, goods will be exchanged after certification in the exporting market. The model covers a large spectrum of products: in fact, every appliance used in such an environment may need to be certified as safe, depending on the regulations in force. These appliances may be very simple, such as light switches or helmets equipped with a light bulb, or very complex, such as telephones, instrumentation measurement systems, or excavators.  The model will be further promoted to countries from other regions. The first such event will be held in Dubai, 20-21 March 2012. The occasion will be an International Conference, jointly organized by the UNECE, the IECEx and the Emirates Authorities for Standardization and Metrology. For more information, please see:  http://live.unece.org/trade/wp6/SectoralInitiatives/EquipmentForExplosiveEnvironment/SIEEE.html