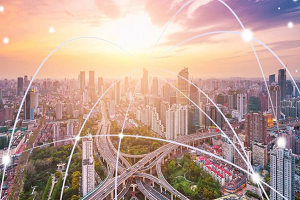 The Secretary General of the Organization for International Economic Relations (OiER), Ms. Kari Aina Eik, and the Executive Secretary of the UNECE, Ms. Olga Algayerova, signed today a Memorandum of Understating (MoU) to establish a Geneva UN Charter Centre of Excellence on Smart Sustainable Cities at the OiER.

Due to their long-standing partnership, which started with the launch, in 2014, of the programme “United Smart Cities” (USC), UNECE and OiER have decided to strengthen their collaboration on the topic of smart sustainable cities and establish the related Geneva UN Charter Center of Excellence in Vienna.

The first three Charter Centres were established in Tirana, Albania; Tallinn, Estonia; and Glasgow, UK. These Centres play a crucial role in promoting all four principles of the Charter: environmental protection, economic effectiveness, social inclusion and participation, and cultural adequacy. The Centres, depending on their specialization and available expertise at host institutions, work at national and/or international level and on topics covered by the Charter. Established as a network under the coordination of the UNECE Committee on Housing and Land Management, the Centers support the implementation of the Charter through exchange of experiences, knowledge sharing, training and research, advisory services, cooperation and dissemination of its principles among the UNECE member States and beyond.

The Geneva UN Charter Centre of Excellence on Smart and Sustainable Cities in Vienna will support UNECE to implement activities related to capacity building and cooperation, especially using the framework of the United Smart Cities (USC) and the recently-established SDG Cities Leadership Platform. In particular, the Centre will:

UNECE is one of five regional commissions of the United Nations. Its principal aim is to promote pan-European economic integration and sustainable development. To do so, it brings together 56 countries located in the Europe, Central Asia, Caucasus and North America. In particular, the Housing and Land Management Unit serves the UNECE Committee on Housing and Land Management which works to promote: energy efficient and adequate housing, including for those with special needs and vulnerable population groups; compact, inclusive, resilient, smart and sustainable cities; and transparent and efficient land use, and property registration. More information is available at http://www.unece.org/housing.html

OiER has a broad base and has established a permanent and productive connection with governments, cities, private sector, international, national organizations, academic institutions, NGO’s as well as the finance sector.

The United Smart Cities is a multi-stakeholder programme which aims to address the major urban issues in particular in medium-sized cities in the UNECE region and supports the implementation of the 2030 Agenda at the local level. It was launched in April 2014 by UNECE and OiER. More information is available at http://www.unitedsmartcities.org