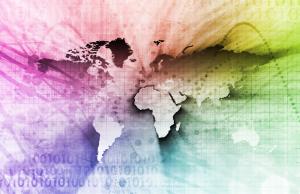 To help countries and researchers meet the complex challenges of measuring people on the move, UNECE has today released a study on the use of new data sources for measuring international migration, ahead of the International Migrants Day (18 December).

Migration is an emotive topic that takes centre stage in many political arenas. Policy decisions about managing migration rely on statistical evidence, but producing this evidence is notoriously difficult. By definition, migrants move around, and therefore tend to be hard to find and count; especially those who migrate without legal documentation, who may deliberately or inadvertently avoid being recorded in standard data sources.

Global initiatives, including the 2030 Agenda for Sustainable Development and the 2018 Global Compact for Safe, Orderly and Regular Migration, highlight the need for data to help the world tackle the many challenges posed by large-scale migration and other forms of cross-border mobility. These global agendas, combined with a growing demand for detailed and timely data on migration from national decision-makers, have prompted the official statistics community to seek novel ways to meet data needs. UNECE’s new study, in turn answers calls from official statisticians to examine the state of the art in using these new approaches.

As the study details, measuring migration involves both measuring the movements of people in and out of countries, and finding out about the numbers and characteristics of those migrants. Conventional sources of data include censuses, household surveys, and administrative records (data sources that are collected by authorities for purposes other than statistics, such as health, education and tax records), each with its pros and cons. A census, for example, takes place only every ten years in most countries, so while it might give a rich and comprehensive picture of where and how migrant communities live, it can’t be relied upon for up-to-date information about large and sudden changes such as refugee movements in response to a crisis. Administrative sources are much better at capturing changes in real time, but risk missing out those who fall under the radar of a country’s administrative systems, which could lead to systematic bias as these are often the poorest, youngest and most vulnerable migrants.

Integrating information gathered from across these sources is often proposed as a way to overcome such problems, but it’s not a perfect solution. In emergency situations, such as disasters, conflict and health crises, new and different sources are needed to provide data to understand rapid changes. The sudden and widespread restrictions on international travel brought about at the onset of the Covid-19 pandemic shone the spotlight on the limitations of existing migration data sources and methods.

This is where non-conventional sources come into play. Data gathered from the use of mobile phones, credit cards and social networks — generally known as big data — could be useful for producing migration statistics when used in combination with conventional sources. There are plenty of obstacles that lie in the way: accessibility, accuracy and access to these new sources. But some examples have emerged in the last few years that highlight their potential.

Examining use of new sources

With the international official statistics community more eager than ever to investigate the potential offered by these new sources and techniques, UNECE embarked on a study of current and planned uses of novel data sources to produce official migration statistics – a world first on this topic.

Carried out between 2019 and 2021 by an international task force of experts, the study surveyed participating countries to find out what data sources they use and how; the challenges encountered and what they had learned; and reasons behind their decisions to continue or discontinue working with these new sources.

This revealed several examples of successful testing or use of new data sources to produce migration statistics; either to complement traditional data sources or, in some cases, to replace them, such as when exceptional circumstances impacted the availability of the conventional data sources. For example, when Puerto Rico was hit by Hurricane Maria in 2017, a devastating storm which caused extensive damage and loss of human life, and prompted mass out-migration from Puerto Rico to the mainland United States. The usual method for measuring migration—using annual household surveys—wasn’t adequate because these surveys couldn’t capture the sudden and large-scale movement of people, and in the chaotic aftermath of the hurricane the ability to even carry out these surveys was hampered. To make up the shortfall, the US Census Bureau combined the survey data with information on passenger flights between the mainland United States and Puerto Rico, produced by the US Bureau of Transportation Statistics, to produce ‘blended’ migration estimates.

Although the potential of big data sources is considerable, the study found that in reality around three quarters of the participating countries are not currently using them for measuring migration because the barriers to effective use are still too high. Countries cited privacy concerns and legal constraints which put limits on the statistical uses of the data. Yet a third of countries did report that they use novel sources to produce statistics on topics other than migration. This suggests that there could still be a role for such sources for migration statistics in the future, if these barriers can be overcome.

Overall, the study finds, statistical offices see continued potential in pursuing new data sources to address urgent and emerging migration data needs. They could help bridge the gap between the need for rapid answers to topical migration questions, on the one hand, and the often lengthy delays between collection of data and release of figures using traditional techniques, on the other.

Many countries are moving towards integrated statistical systems, and new data sources could be an important component of these, potentially serving as benchmarks against which to check the quality of other information.

One thing the study identified as a crucial missing piece in the move towards better harnessing these new sources is countries sharing information on their tools, methods and learning. With this in mind, in conjunction with the study UNECE developed an online repository of innovations in migration statistics, pooling scientific articles and case studies that could aid official statisticians and researchers alike.

Covering a range of migration topics including international migration, internal migration, human mobility, population displacement, and population distribution, the tool will grow as countries’ experiences become broader and more complex, aiming to become a key reference supporting the use of new data sources and related method to produce the migration statistics of the future.