Adapting to the “new normal”: building back better with digital and sustainable trade facilitation

Adapting to the “new normal”: building back better with digital and sustainable trade facilitation 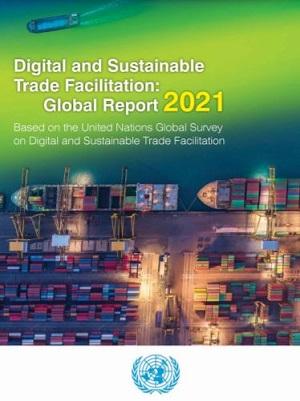 Countries across the globe have made progress on digitalizing international trade formalities during the COVID-19 pandemic, but stronger efforts are needed to facilitate trade for small and medium-sized enterprises (SMEs) and other groups and sectors with special needs, according to a report launched today by the United Nations regional commissions.

The trade facilitation performance of the 44 UNECE member States surveyed, has improved from 72 per cent in 2019 to 76 per cent in 2021. This improvement was evident in all country groups, including economies in transition, except in Eastern Europe. Central Asian countries registered the highest progress – from 54 per cent in 2019 to 64 per cent in 2021. Although South-eastern Europe has the lowest implementation rate to date, the gap has decreased. The report shows that WTO TFA-related measures are relatively well-implemented globally. In addition, progress towards paperless and cross-border paperless trade is particularly noticeable, with the implementation of ‘Paperless Trade’ standing at 64 per cent, having increased by 6 percentage points since 2019. However, the implementation of ‘Cross-Border Paperless Trade’ is still low, at 38 per cent, with implementation of bilateral and subregional paperless trade systems remaining mostly partial or used on a pilot basis.

The report finds that digital trade facilitation measures serve as a great catalyst for reducing trade costs. Empirical evidence shows that full digital trade facilitation implementation beyond the WTO TFA commitments could cut the average trade cost by more than 13 per cent, 6.7 percentage points more than that could be expected from meeting requirements of the WTO TFA. Countries need to work together to develop and put into place the legal and technical protocols required for the seamless exchange of regulatory and commercial data and documentation. In this regard, the report suggests that regional and subregional initiatives could support countries in gradually moving to less paper and then to paperless and cross-border paperless trade by providing a dedicated, inclusive and capacity-building intergovernmental platform. To the extent possible, implementation of such measures should be based on international recommendations, standards and tools developed by the UNECE-hosted United Nations Centre for Trade Facilitation and Electronic Business (UN/CEFACT), United Nations Commission on International Trade Law, World Customs Organization and other relevant organizations, in cooperation with the private sector.

The report highlights the low implementation rates of sustainable trade facilitation measures, or measures targeted at specific sectors and groups of traders. While measures for the agriculture sector have been comparatively well-implemented, trade facilitation measures aimed at SMEs, as well as women in business face significant challenges, with average implementation rates of 41 and 31 per cent, respectively.

The COVID-19 pandemic has revealed many weaknesses in the trading system. The survey results show that most countries have implemented short-term crisis measures. However, the overall implementation level of measures in the ‘Trade Facilitation in Times of Crisis’ section stands at 41 per cent, essentially because many countries still lack long-term trade facilitation plans to enhance preparedness for future crises. The report suggests that continued and sustained efforts should be made to strengthen cooperation further, make trade information transparent, and enhance the capacity of countries to contribute to recovery and safeguard against future crises adequately.

The results of the Survey and the global report, including detailed data analysis, can be found at untfsurvey.org and here. The UNECE Report for Europe and Central Asia can be found here.