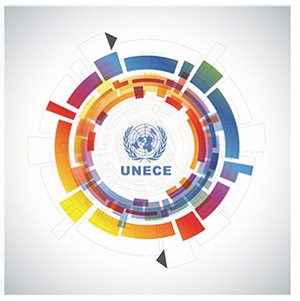 The extraction of raw materials worldwide has more than doubled since 1990 and could double again by 2060, fuelling environmental degradation and increased vulnerability to climate change. As major users and producers of natural resources, 56 countries of the UNECE region, spanning from North America to Europe, the Balkans, the Caucasus, and Central Asia, have made a united call at UNECE to accelerate the shift to a circular economy and greener, more responsible resource use.

“We have to find a new balance between prosperity and environmental preservation, but we have a long way to go, as currently only 8.6% of economic activity around the globe is circular. We must therefore abandon the take-make-waste model to embrace a circular economy approach as a means to deliver on climate change and create green jobs. UNECE stands ready to bring its normative and policy expertise to bear, to support concrete and impactful action – now”, stated Executive Secretary Olga Algayerova in her address to the 69th session of the UN Economic Commission for Europe – UNECE’s highest institutional body.

Recognizing this shift as a priority for the region, member States stressed in a high-level statement that “in a world being shaken by the multiple impacts of the COVID-19 pandemic, regional cooperation has acquired an increased importance to manage risks, reduce uncertainty and foster economic dynamism”, emphasizing that “the historical mandate of UNECE to facilitate concerted action for the economic development and integration of the region is as relevant as ever.”

At the session, governments announced commitments for bold action to strengthen measures for circularity and sustainable resource use:

These measures will complement a wide range of concrete experiences shared by countries, ranging from targeted actions – such as green public procurement (which in Latvia comprised 29% of total public procurements in 2020), the application of UNECE’s UNFC framework for sustainable resource management in Finland, and Estonia’s bottle deposit scheme through which 90% of plastic bottles and 86% of glass placed on the market are collected and recycled –, to comprehensive circularity strategies and initiatives, including those aligned with broader frameworks like the EU’s circular action plan.

In a keynote address, European Commission Executive Vice-President Frans Timmermans said “the European Union is working to become the first climate neutral continent. We need to decouple growth from resource use and fully embrace the model of a circular economy. For that, we must profoundly change our production and consumption patterns”.

“I am inspired by the many ambitious voluntary actions that all member States have committed to.  The most common focus areas include waste management, sustainable food systems, change of consumption patterns, eco design, extended producer responsibility, markets for secondary raw materials, public procurement, technology development, financing, investment and employment. UNECE is keen to work with member States on this journey of transformation”, highlighted Olga Algayerova.

Vehicle regulations, waste, forest certification, resource classification and traceability in supply chains are just a few of the areas where UNECE is already contributing to countries’ efforts. Member States stressed that such tools can “make an important contribution to foster circular and more resource-efficient economies and improve the management of natural resources in the region and beyond. UNECE’s varied expertise, covering multiple thematic areas, provides a fertile ground for cross-sectoral action and partnerships that are necessary to accelerate progress”.

To further harness this unique role, countries called on UNECE to consider in its normative work the regulatory gaps that currently prevent faster development of more circular and resource-efficient economies.

Another key area will be to address the current lack of a measurement framework and guidance to define the scope of circular economy – including the economic, social and environmental dimensions of sustainable development –, which hinders the development of national plans and initiatives.

In response, a UNECE Task Force on Measuring circular economy, led by Finland and composed of leading experts from countries, will be working in the coming two years to define the measurement scope of circular economy and prepare practical Guidelines to support measurement in a systematic and internationally comparable way.

At the request of member States, UNECE will present a progress report on its work to promote the circular economy and the sustainable use of natural resources at its 70th session in 2023.

Member States elected Austria to Chair the Commission for the next two years, alongside Vice-Chairs Switzerland and Turkmenistan.