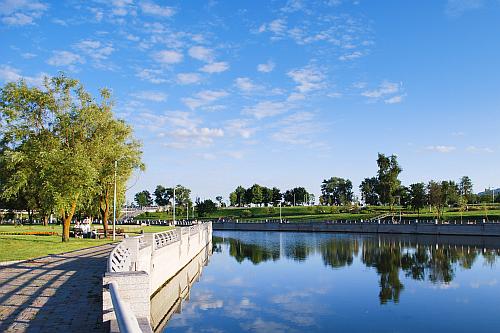 UNECE and the Eurasian Development Bank (EDB) re-confirmed their commitment to cooperate in promoting regional economic integration and work together towards the achievement of the Millennium Development Goals in the interests of the countries in the Eurasian region by concluding a Memorandum of Understanding to this effect. The Memorandum which was just signed by the Executive Secretary of the UNECE Mr. Ján Kubiš and the Chairman of the Executive Board of EDB Mr. Igor Finogenov spells out the intent of the two parties to establish appropriate mechanisms for such cooperation.In the context of the Memorandum, the parties agreed to cooperate, among others, in areas such as: development of transport and other infrastructure; promotion of energy efficiency, energy saving and environmental protection; efficient management of hydropower resources; promotion of innovation and development of the knowledge-based economy; promotion of trade and further development of integration processes within the Eurasian Economic Community and the Commonwealth of Independent States; support to economic statistics as well as other areas of common interest.The first tangible result of this fruitful cooperation is the pilot project “Innovation Performance Review of Belarus” undertaken by the UNECE secretariat in 2010 in response to a request by the Government of the Republic of Belarus and supported by a financial contribution from the EDB. This participatory policy advisory service was carried out by a group of international experts and experts from the secretariat in close cooperation with the national authorities and local experts. The main outcomes of this project, including its preliminary conclusions and recommendations, are due to be discussed during the substantive segment of the fifth session of UNECE Committee on Economic Cooperation and Integration (Geneva, 1 – 3 December 2010). For further information, please contact: